Bangkok Thai Restaurant was the very first restaurant we saw
in Calle Arenal after we returned tired and starving from almost
a four hour of self guided old Madrid neighborhood walking tour. 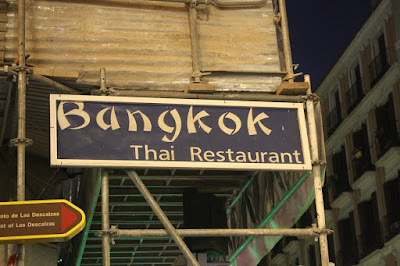 The restaurant had a traditional Thai architecture
inspired interiors, that had an altar bearing Buddhist
religious statues  that greets the diners at the threshold . 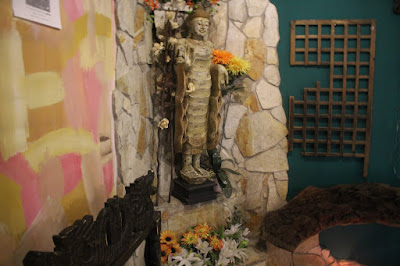 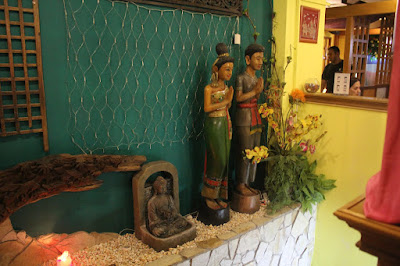 The dining area is divided into cubicles,
offering utmost privacy among diners. 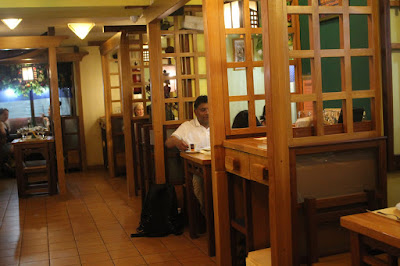 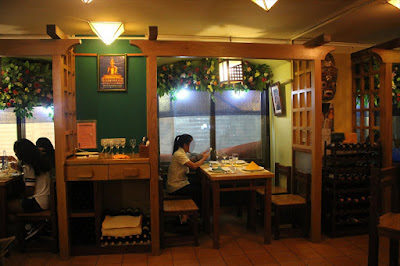 The restaurant staff and chef we later found out
were not Thai’s but Filipinos, who tipped us
that their serving were rather large, and guided
us what  to order just enough for a family of four. 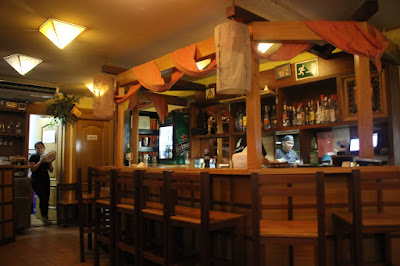 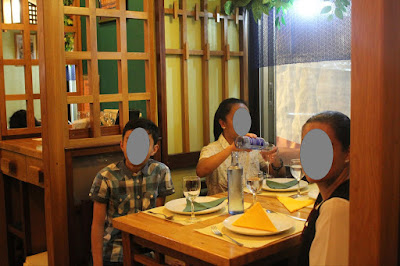 We requested to taper the spice of Tom Yum.
It was served in a gigantic bowl and had a mild
delightful aftertaste of roasted chilies, garlic and
shallots. The pork was very tender and generously
added mushrooms. It was topped with coriander.
It was so good and this is one of the best versions
of this popular Thai specialty that we ever tasted. 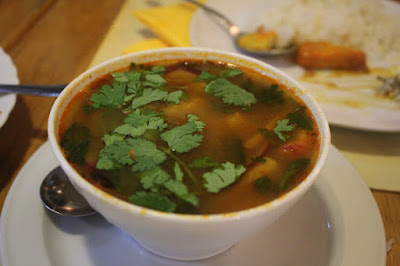 Thai Pork Barbecue or Moo Ping is a street food
that can be found in every market and on every
street corner in Thailand. The tasty chunks of
tender perfectly grilled pork in skewers was bathed
in a rich nutty sauce. It was very delicious and filling. 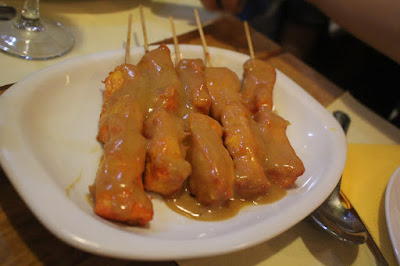 Thai Stir Fried Mixed or Pad Pak Ruammit
was full of flavour and satisfying meal yet low
on calories and very healthy. It was deliciously
garlicky, the veggies were fresh and crunchy,
spiced with a little kick from some Thai chilies. 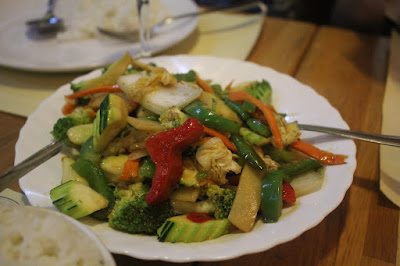 We have been in Europe for three weeks and
we have been missing Filipino food for quite
a while. Bangkok Thai Restaurant’s delicious
Asian dishes made us feel closer to home.