Catedral de Santa María la Real de La Almudena
or the Almudena Cathedral is the main seat of the
Roman Catholic Archdiocese of Madrid that was
was consecrated by Pope John Paul II in 1993. 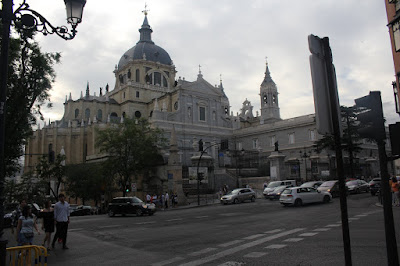 The church was apparently built on the site of
a medieval mosque that was destroyed in 1083. 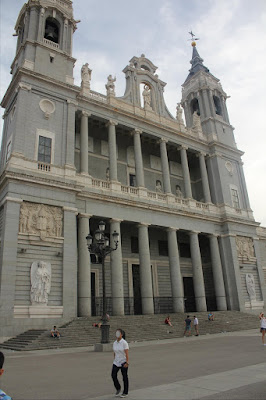 The ruins of the 9th century structure called Muralla Árabe
or the Muslim Walls of Madrid, is found nearby the church. 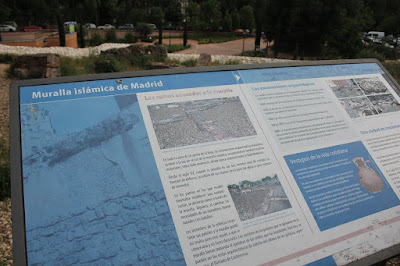 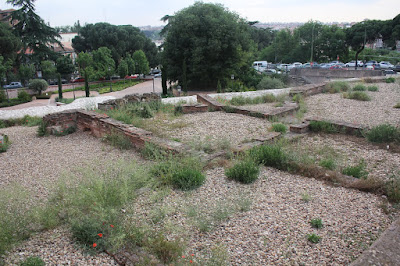 The church is a combination of
Gothic and Baroque architecture, 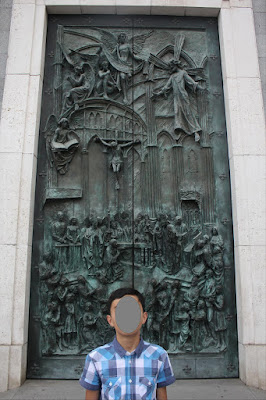 ..and a Neo-Gothic interior, 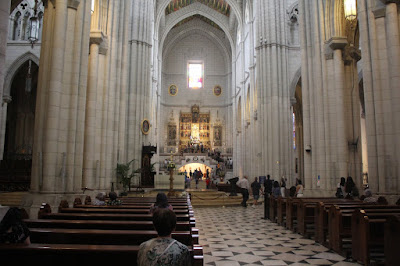 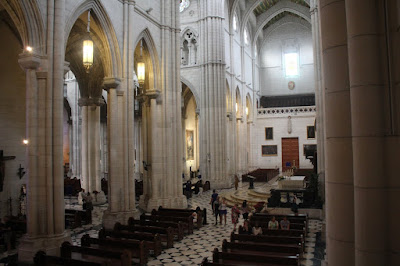 …with chapels bearing statues
created by of contemporary artists. 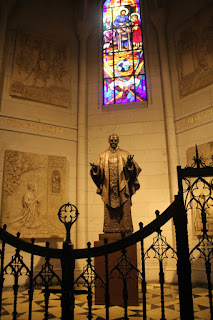 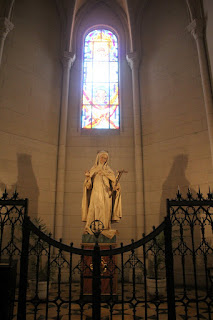 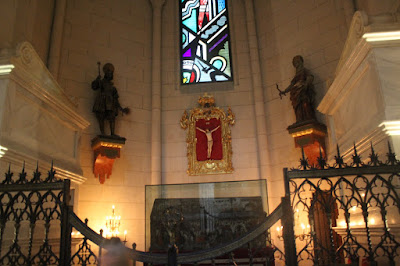 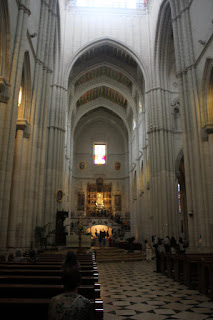 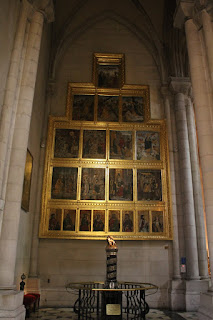 The arched multi- colored ceiling on
the main nave was a sight to behold
that goes all the way to the pipe organ. 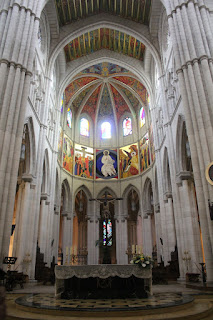 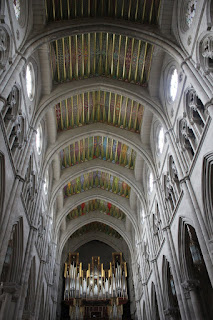 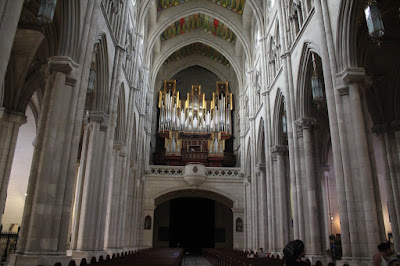 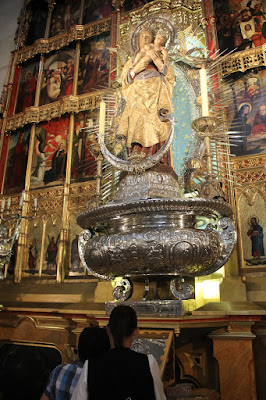 It had stairs the lead to a platform where
the devotees could kiss or touch the image. 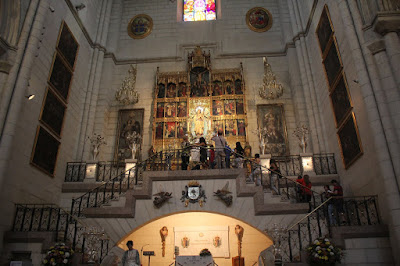 Also known as Catedral de Nuestra Senora de Almudena,
this church is considered Madrid’s  center of faith and a must
visit  not only for Marian devotees but for the tourists as well.

Posted by Ramon Caceres at 1:15 AM