We Headed for Kerry Parkside Mall after registering
for a medical convention at the Kerry Pudong Hotel.
It was noontime and we searched for a place to dine
and we finally decided to choose Shanghai Dimsum. 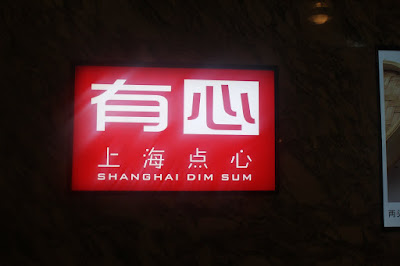 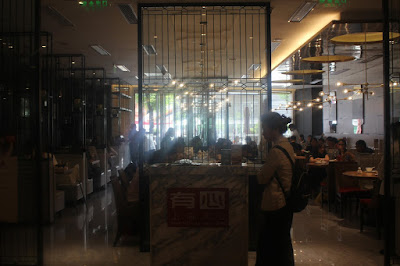 …a restaurant staff gave us a number and we
settled on bench as we waited at the long queue. 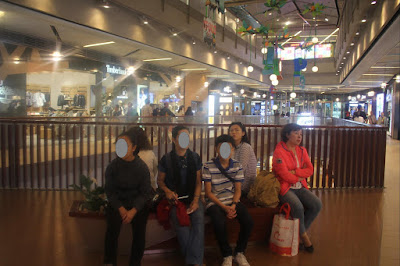 When we settled and while browsing at the menu,
the lady sitting next to us who just finished her meal
started gargling right on the dining table and later
expelled out the gargled water into the used soup dish. 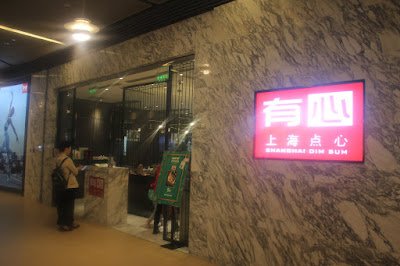 She then started clearing her throat making sure that her
expectorating is heard by everyone in the restaurant but
everyone acted like it was the most natural thing to do and
nobody seemed to mind and notice the grossness except us. 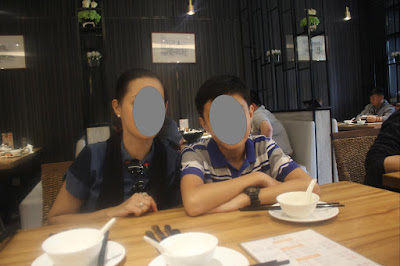 The unpleasant incident ruined our appetites that we almost
decided to leave but hesitated since it took us very long to
get seated due to the kilometric queue in this restaurant. 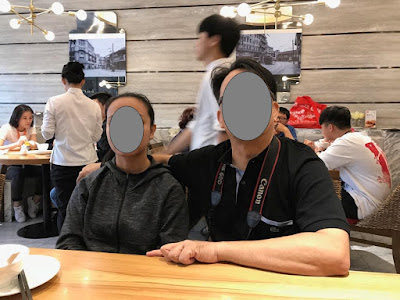 But all our nauseous sensation brought about revolting
tableside gargling and expectoration by the uncivilized
diner seated next to us disappeared when they served the
JunHua Pork and Shepherd’s Purse Wonton Soup. 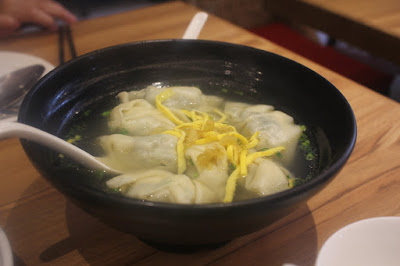 Jinhua is a type of native pig named after the city of Jinhua,
where it is produced, in the Zhejiang province of eastern China.
It added a delicious musty flavor on the confrting wonton soup. 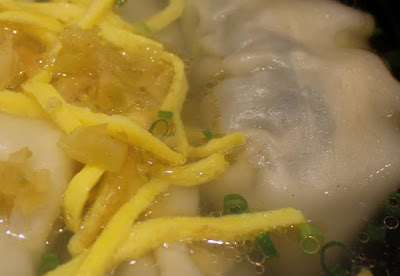 Stir Fried Organic Cauliflower with Sliced Pork also had that
pleasant musty flavor as trhey also used the native Jinhua pork.
It went well with the fresh organic vegetable that was perfectly
stir fried as they were still firm and crunchy and not soggy at all. 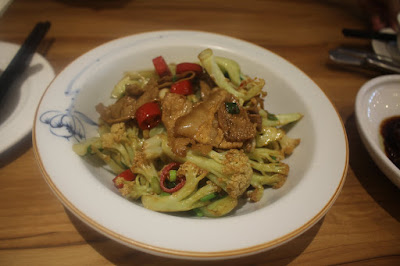 The Braised Deep Fried Bass Fish with Sweet and Sour Sauce,
Shanghai Style tasted so good as the fish was fried into crunchy
perfection and bathed with a wonderfully tangy sweet and sour sauce. 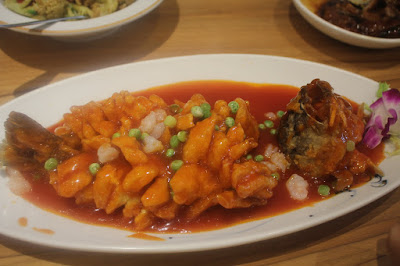 The Braised JinHua Pork Cutlets with with Szechuan Sauce
was the restaurant’s main specialty. Made from native JinHua
pork and braised to a melt in the mouth tenderness. The pork’s
natural mustiness blended well that the goopy, sweet, and briny
Szechuan sauce and a mild lingering hint of sesame aftertaste. 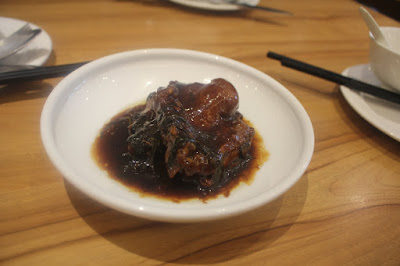 Just as we thought our appetites was ruined
by the grossness of our neighboring diner,
the food  was so good that we ended up every
piece and morsel of food in out dining plates. 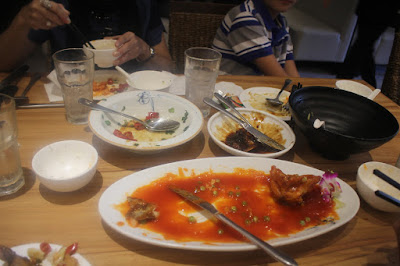 It was our second day in Shanghai and the second Chinese restaurant  we
dined and we all ended everything and leaving  with clean plates on both.

Posted by Ramon Caceres at 6:27 PM