The Birthday Ghosts of Prague

The Birthday Ghosts of Prague
On Birthdays and Torture Devices

My daughter wanted a ghost tour
when we asked her how she wanted
to celebrate her birthday,

…but we arrived late from Karlovy Vary
so she settled for a night time exploratio
of the dark and ghostly side of Prague. 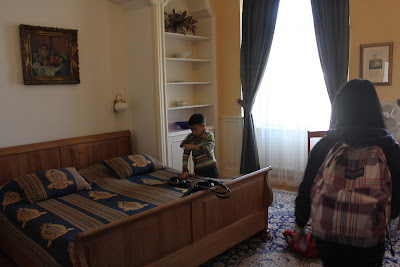 My wife was terrified to join us,
while my son  was too young for a creepy ghostly activity,
so they decided  to stay and rest in the hotel. 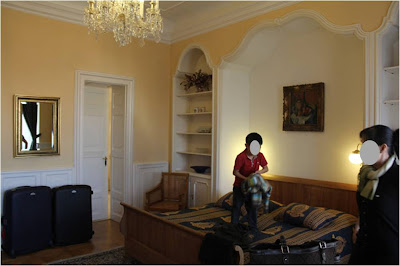 It was nearing 9 PM and off we went
to experience the world of unknown
in the real life Gothic City of Prague. 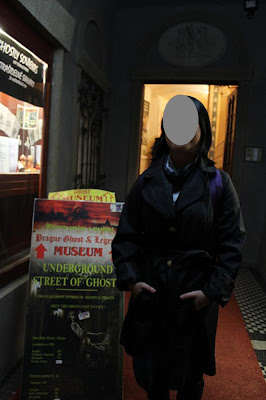 Our first stop was
the Ghosts and Legend Museum
located near the Charles Bridge. 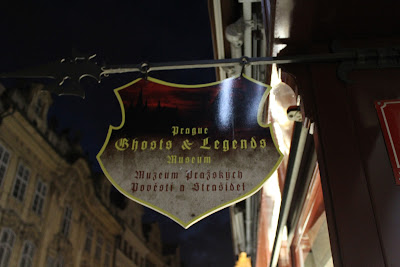 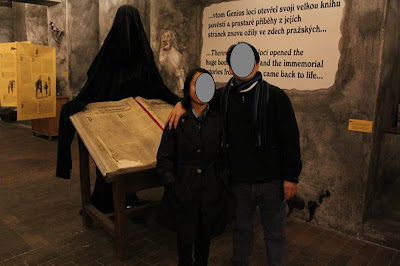 ...and pages from the book,
hang on the walls. 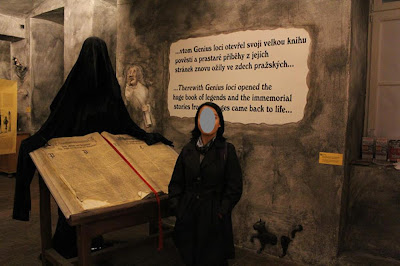 Museums guests are introduced to the legend
and appearance of ghosts. 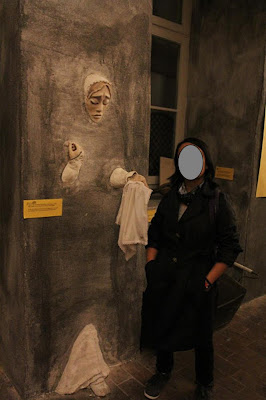 The place gives and eerie feeling
while you browse on exhibits containing information
of famous ghosts that haunt the city of Prague. 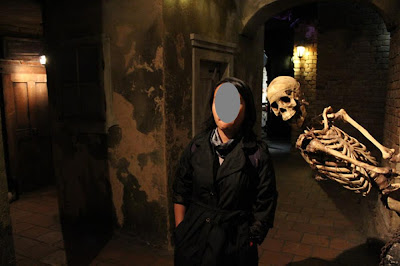 The exhibit would lead the guests
to the underground street of spirits,
where you will run into  the most famous
Prague spirits and ghosts, 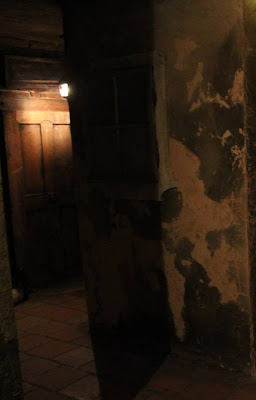 ...designed to scare and frighten as you walk
to a simulated haunted passageway
recreated in a real Catacomb. After the Ghosts and Legend Museum
we walked our way to the Charles Bridge, 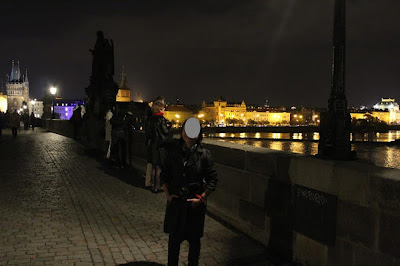 ...and we became more aware  that ghosts lurk
on this historical bridge
according to the museums exhibit
made the place more creepy- 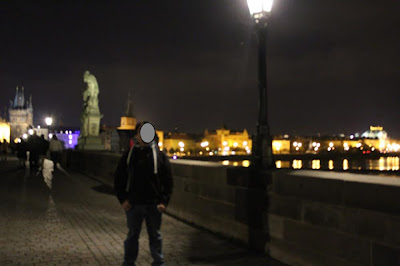 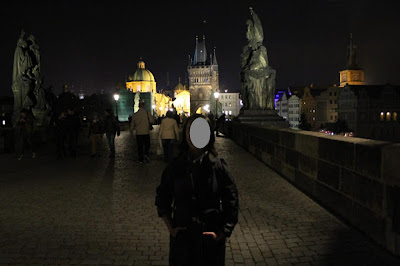 We then went to our next stop-
the Medieval Torture Museum located
at the other end of the Charles Bridge. 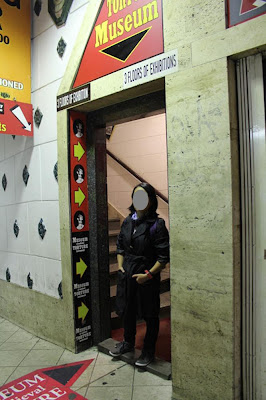 Torture gadgets of the medieval times
are on display on all three floors of the museum. 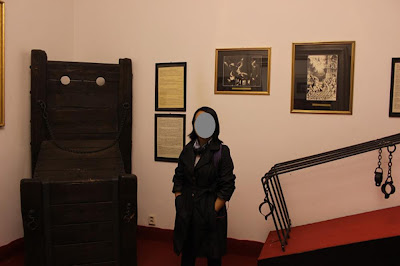 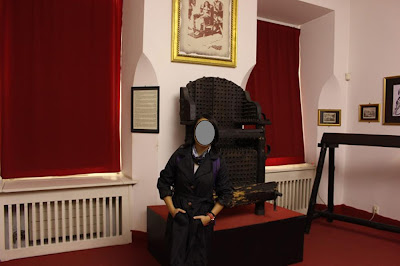 You could experience an unbearable pain
just looking at the the horrible
'pain before death gadgets'  ever invented by men. 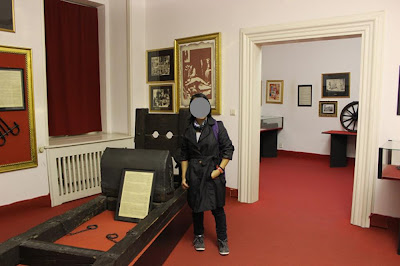 You  get to feel the  torment
even after you leave the museum
mesmerized by the thought
on how cruel the world is. 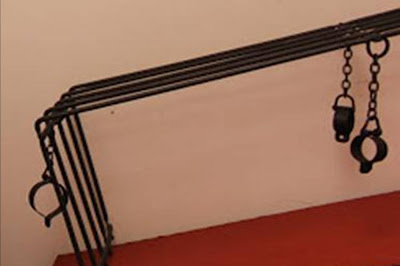 We strolled some more to enjoy the city at night
and I savored this precious time bonding
with my teenage daughter. 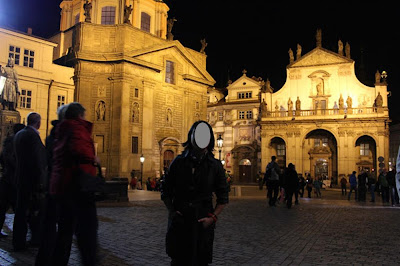 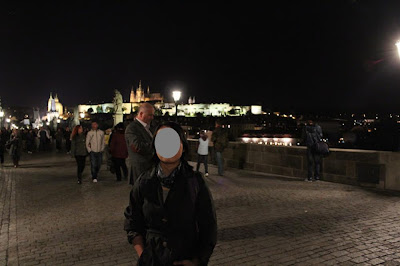 At fifteen, she started traveling
at an early age at two years old- 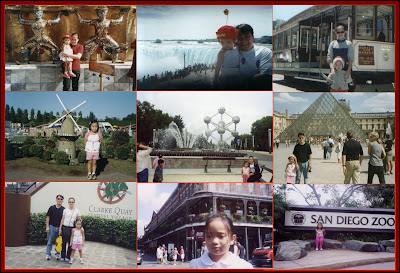 …and has been to so many cities in the world,
grew up being exposed to different culture
of different countries she had been to. 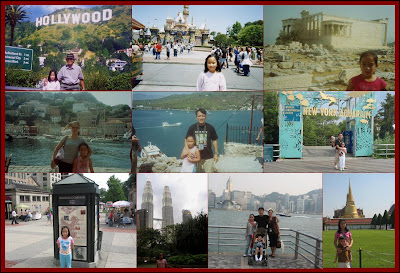 We trained her to be appreciative
of how big, and how beautiful  the world is
and continue traveling  in the future as an adult.

She should also be thankful on the fact
as not all children are given the opportunity
to travel as extensively as her. 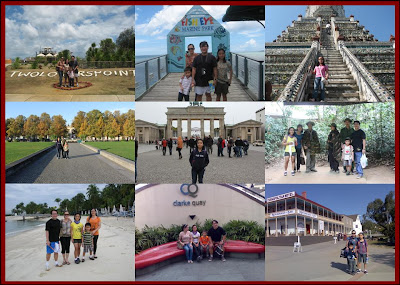 We walked back at the hotel at past midnight
and dropped by at Pizza Milan
along the way for a snack. 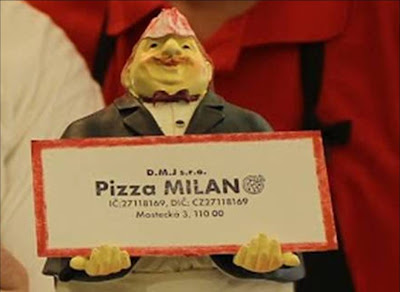 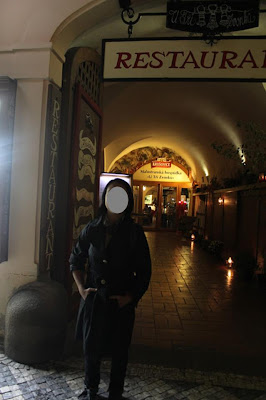 I got me a giant yummy Shawarma
and we sere served by two friendly guys
and   volunteered to have  their photos taken
when they saw me taking pictures of the meaty dish. 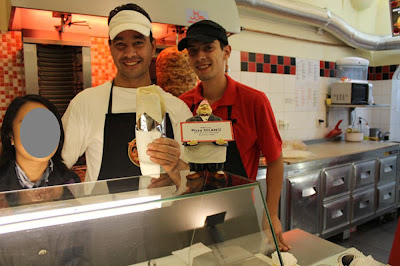 The Shawarma was so good,
I gobbled every bit and every piece
of  tender meat in it. 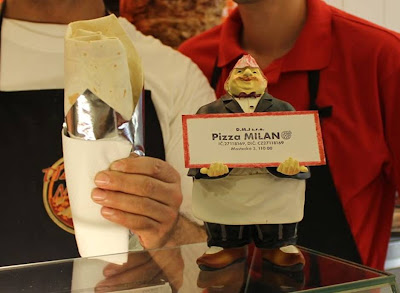 My wife complained that I smelled like garlic
but the garlic breath is a benign price to pay
for one of the best tasting shawarma
I’ve ever tasted in my life. 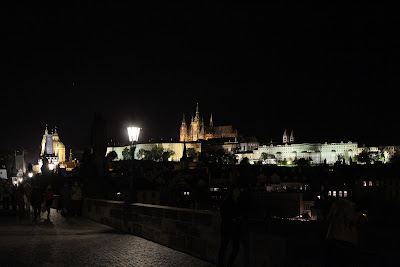 Haunted by garlic breath is worth it and a lot better
than being haunted by the real  ghosts of Gothic Prague. 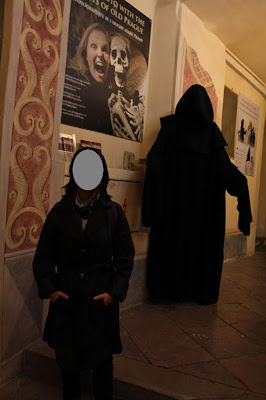 Before going to bed, I asked my daughter
what was her birthday wish ?

She replied 'It would have been more fun
if my classmates were with us
at the ghost museum."

Indeed.
If I were a rich man, I would have brought
her whole class to have a scary but fun party
in the beautiful city of Prague,