Pirates Shack’s Fish and Chips
Awesome Fish, Soggy Fries I
I have never seen Pirates Shack’s physical store
but I have been ordering on- line from this restaurant
as it is offering home delivery thru the Hungrily App. 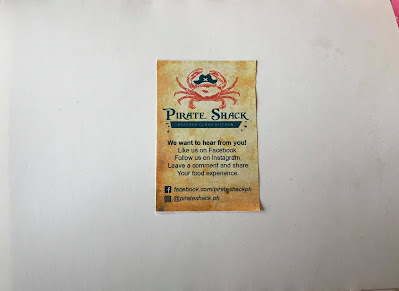 Fish and Chips is one of my family’s favorite dish.
While it originated in England, our favorite was Sydney’s
Bondi Beach version, which now serves as our standard
for head on comparisons to other Fish and Chips dishes. 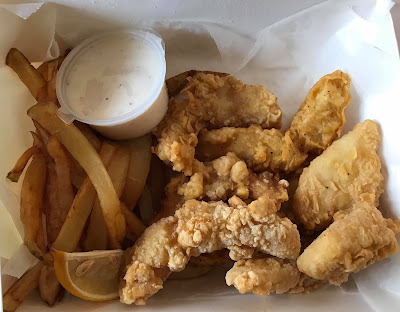 Pirates Shack’s Fish and Chips was perfectly fried
It seemed to have used the traditional basic water
and flour batter, with hint of either baking soda
or salt and a delightfully light vinegary aftertaste. 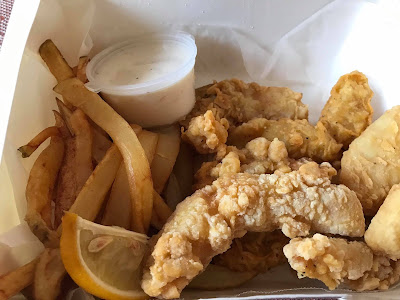 In Bondi Beach we learned that they use reef cod-
while Pirates Shack uses Cream Dory fish fillets.
Also known as John Dory, it is a delicious alternative
and this Pirates Shack’s version, the delicate white flesh
remained firm and succulent after frying. It tasted fresh
with mild, sweetish flavor without a bitter aftertaste
common among other fish dishes coated with batter. 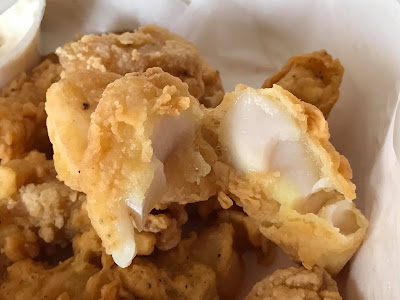 Pirates Shack’s Fish and Chips so far
is one of the best versions I have tasted
in the city- but that is for the fish alone. 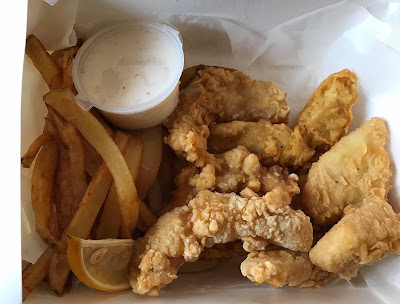 I cannot say the same thing with the fries.
It was soggy and unpalatably greasy. 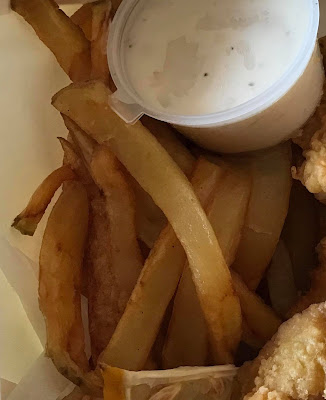 Just have a some commercial chips ready as
the potatoes are soggy and unpalatably greasy.