Manoy’s Sports Bar and Grill: The Tastiest Adobo in Town


The drainage construction going in Magsaysay Avenue
made it doubly difficult to find for parking in the strip. 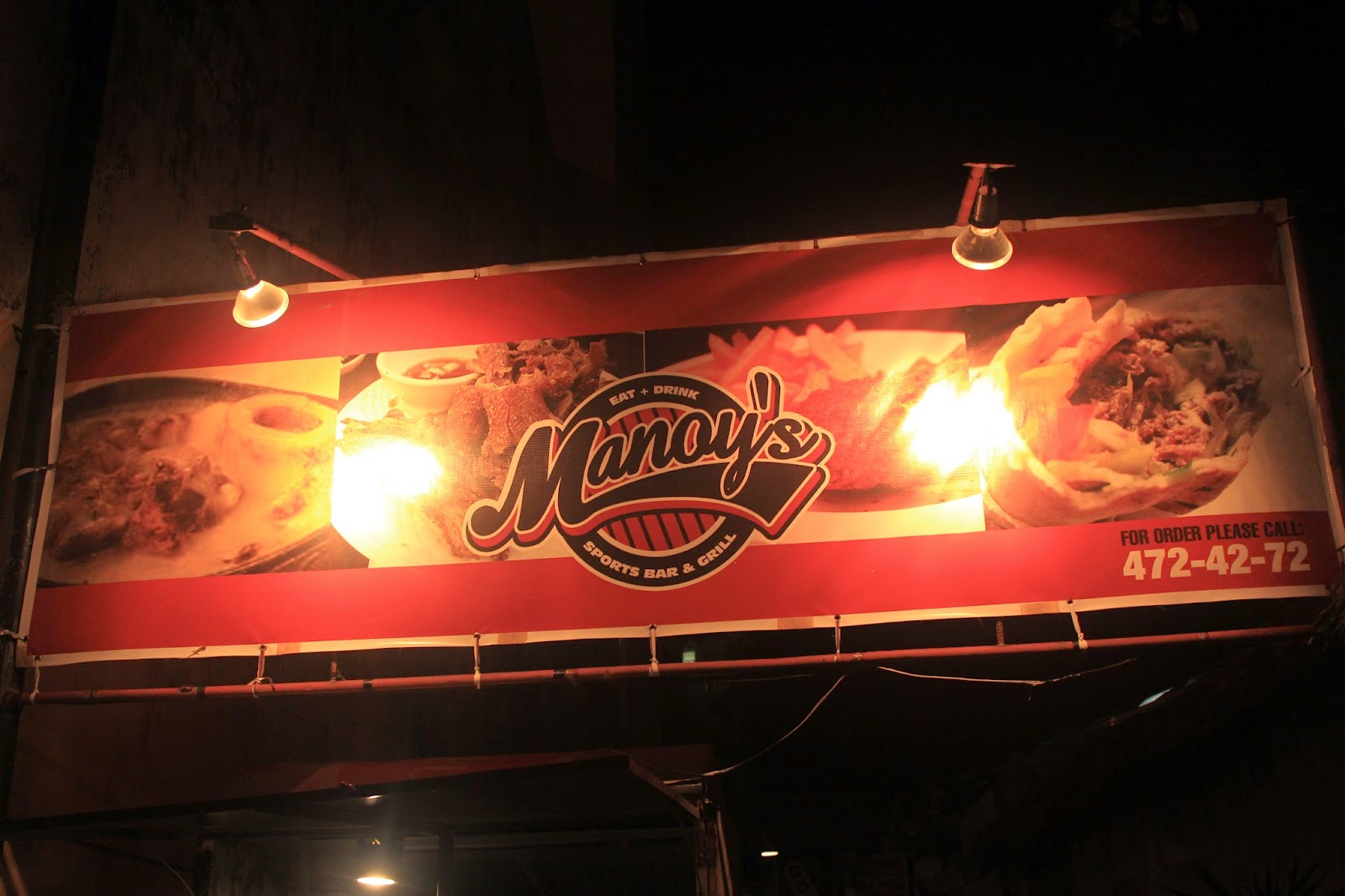 Our dining habit is dictated on wherever we find
space to park and that’s exactly what happened
when we dined at  Manoy’s Sports Bar and Grill, 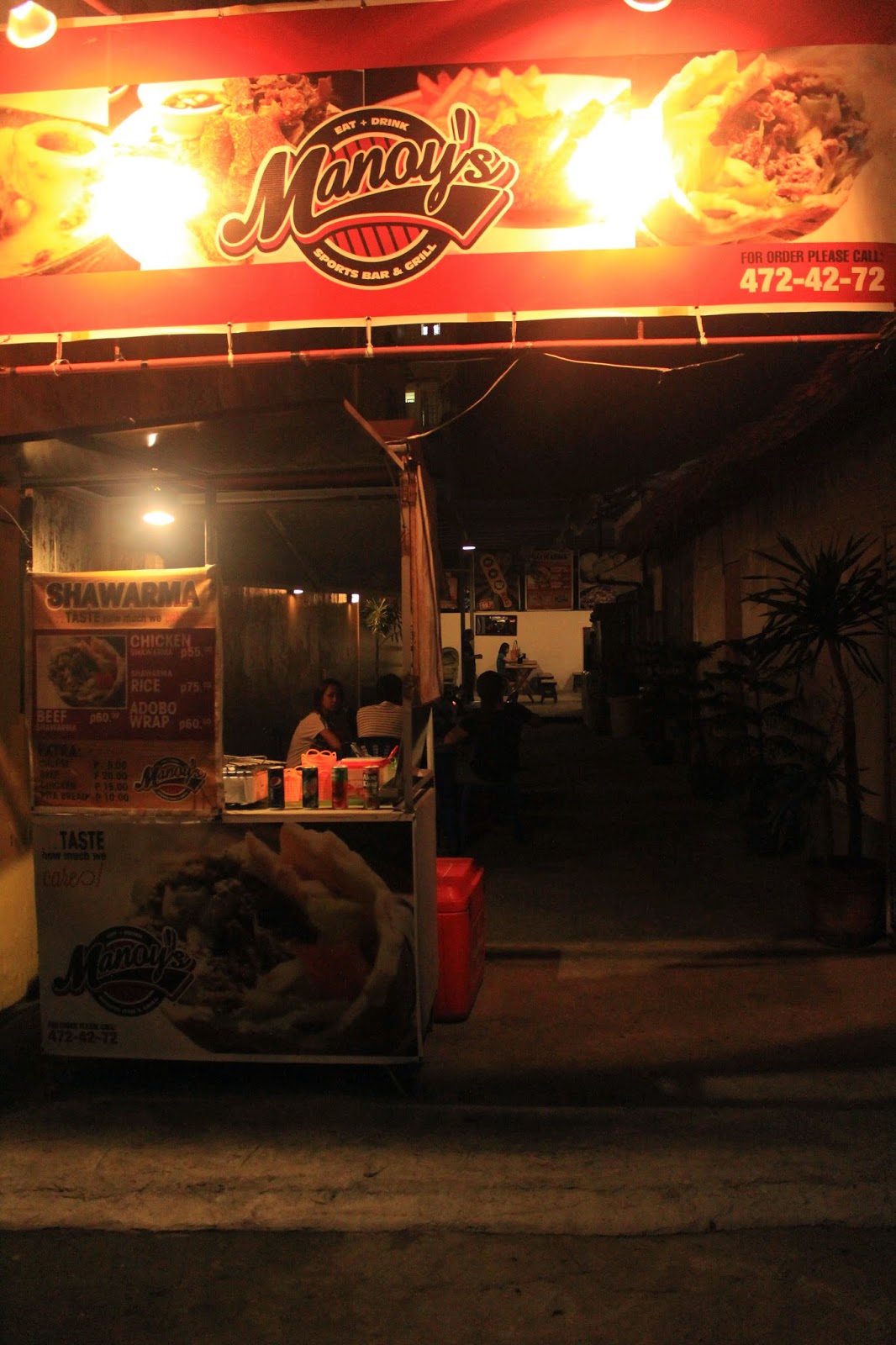 …located right beside the M.Bargo Grill 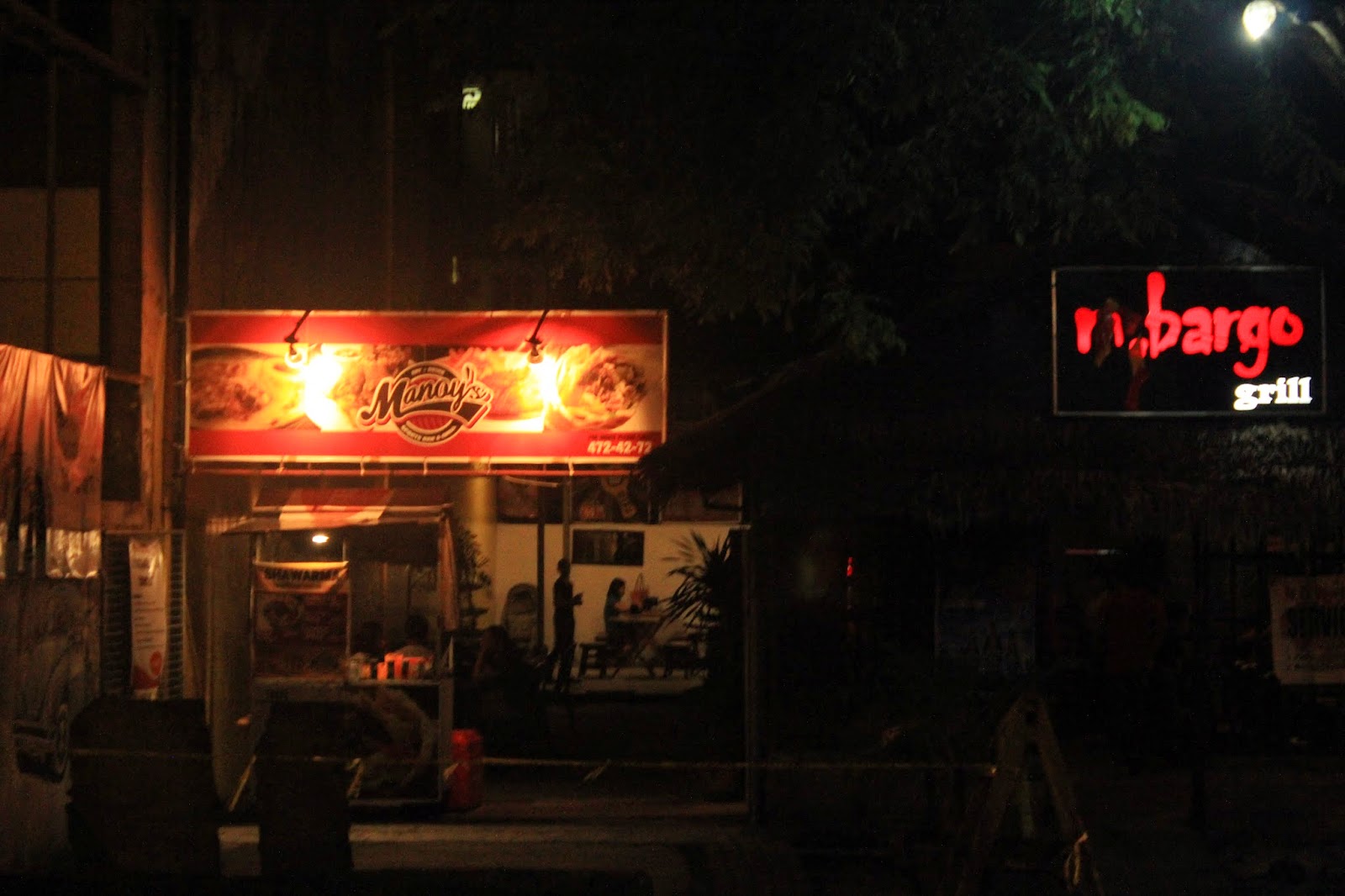 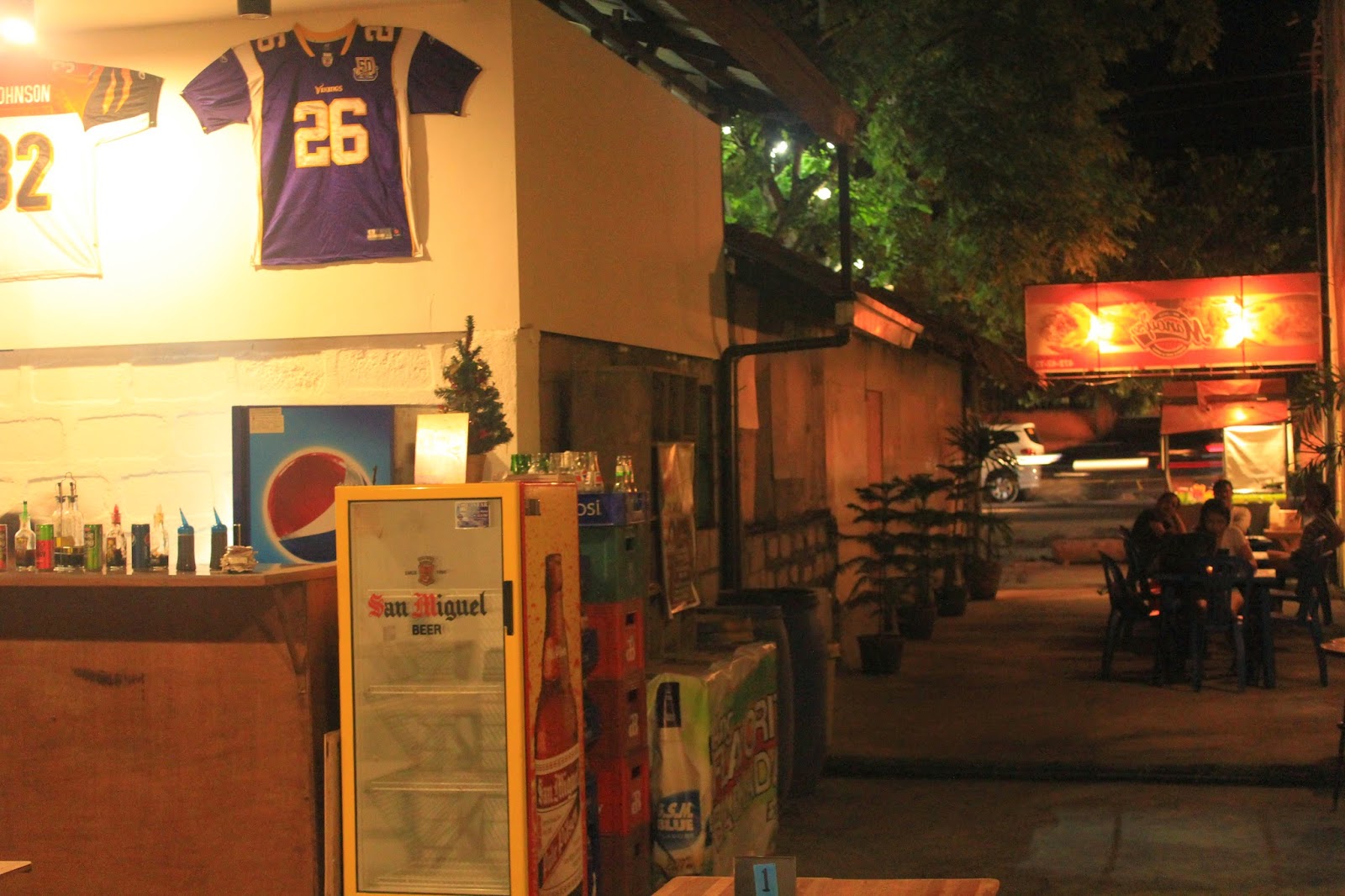 …and a well lighted indoor dining veranda,
where the main bar and kitchen are located. 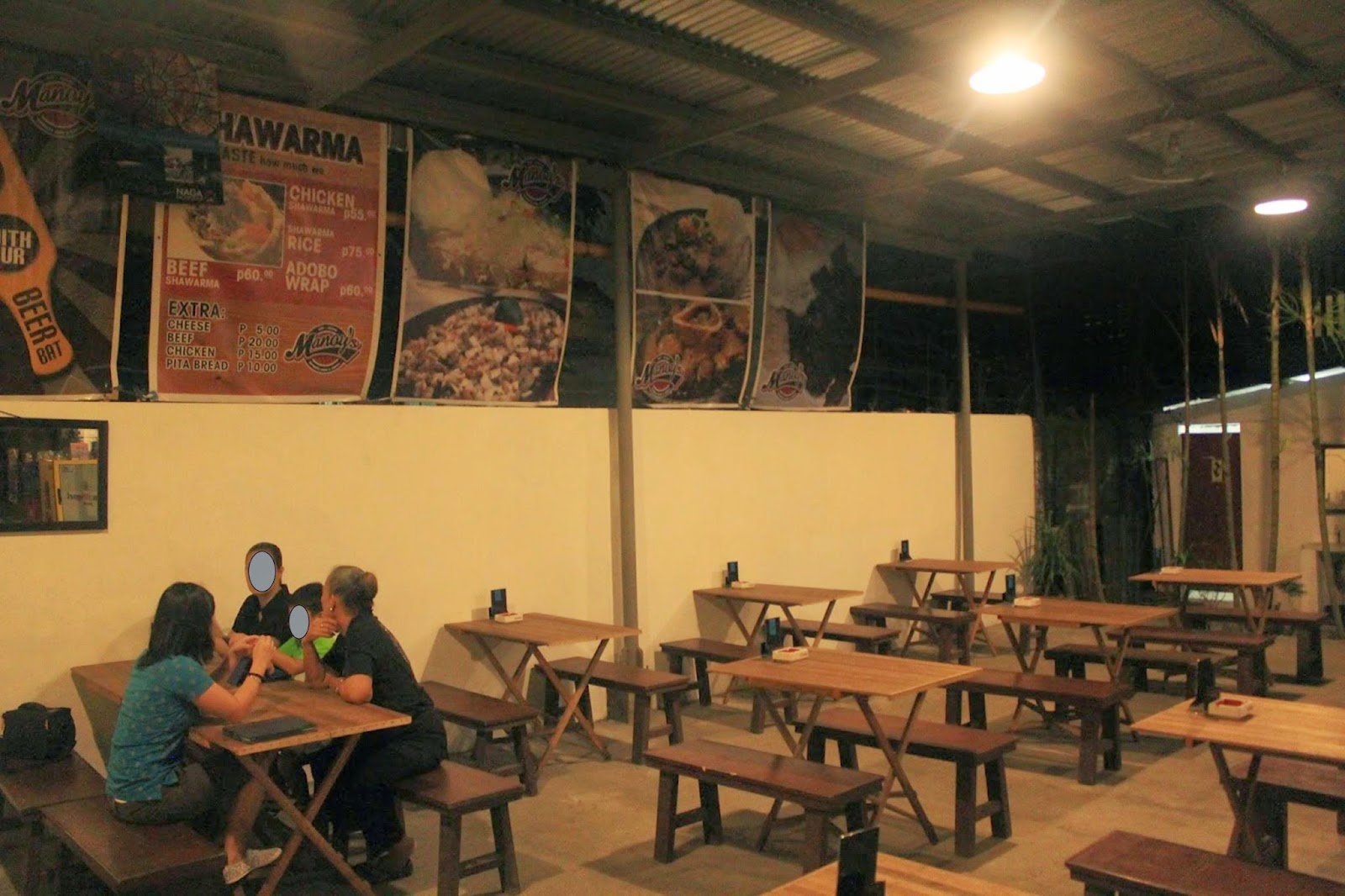 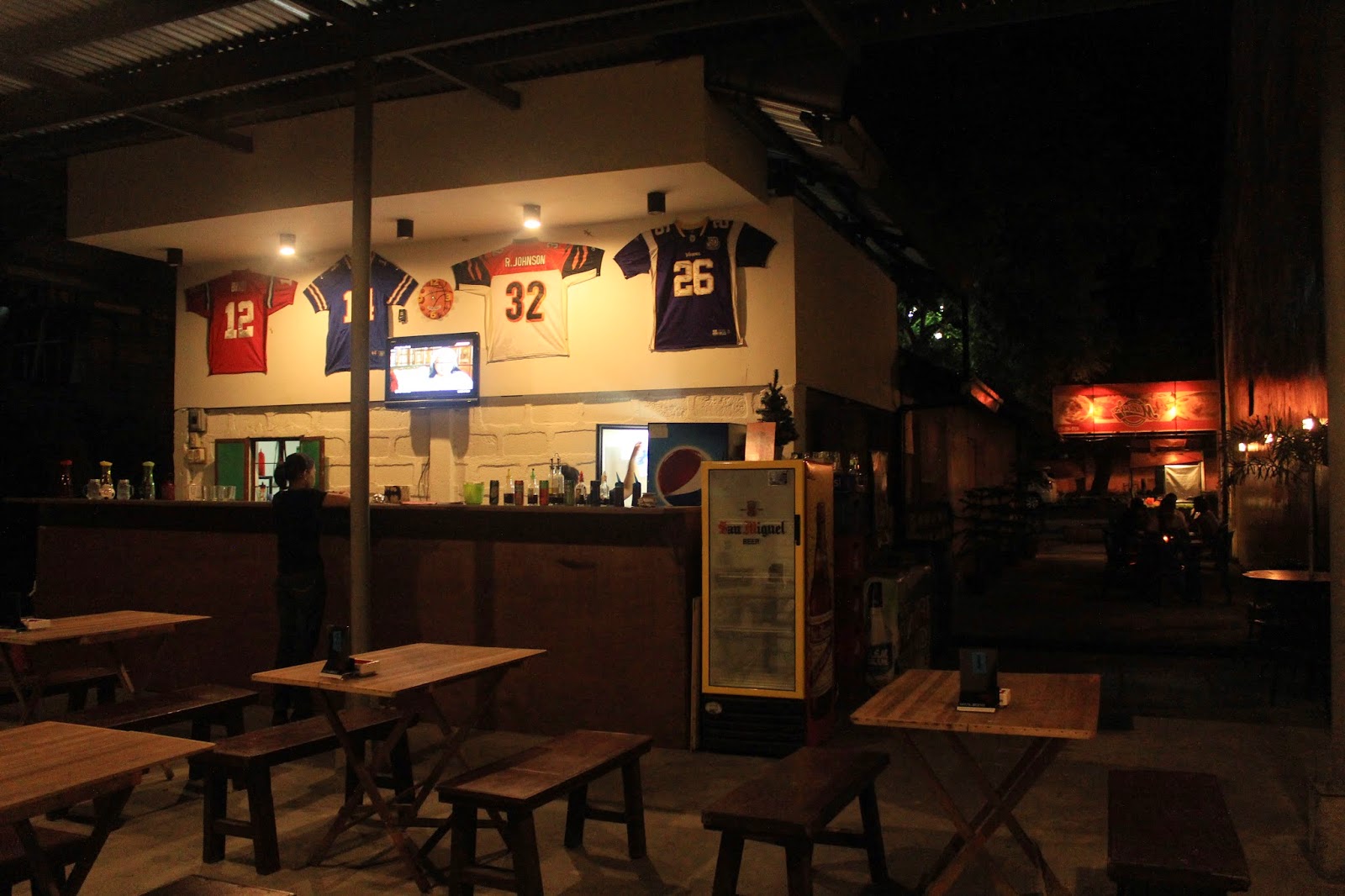 I was delighted to learn that it is owned by my former
student in medical school, and he welcomed us. He also
apologized for the rather slow service as most their
staff  were off duty due to the coming All Saints Day. 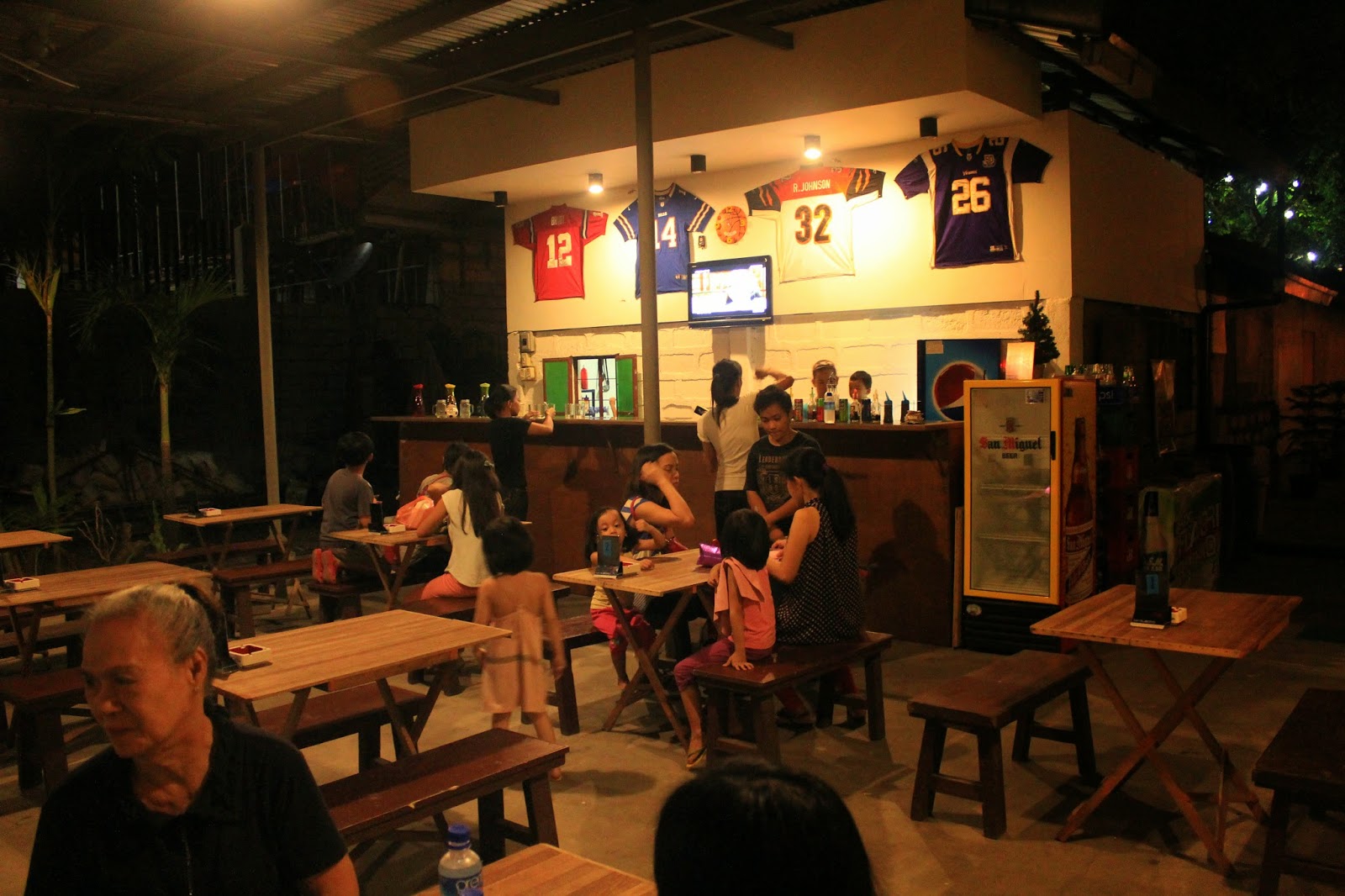 This restaurant is known for their all day
breakfast menu so that is what we tried. 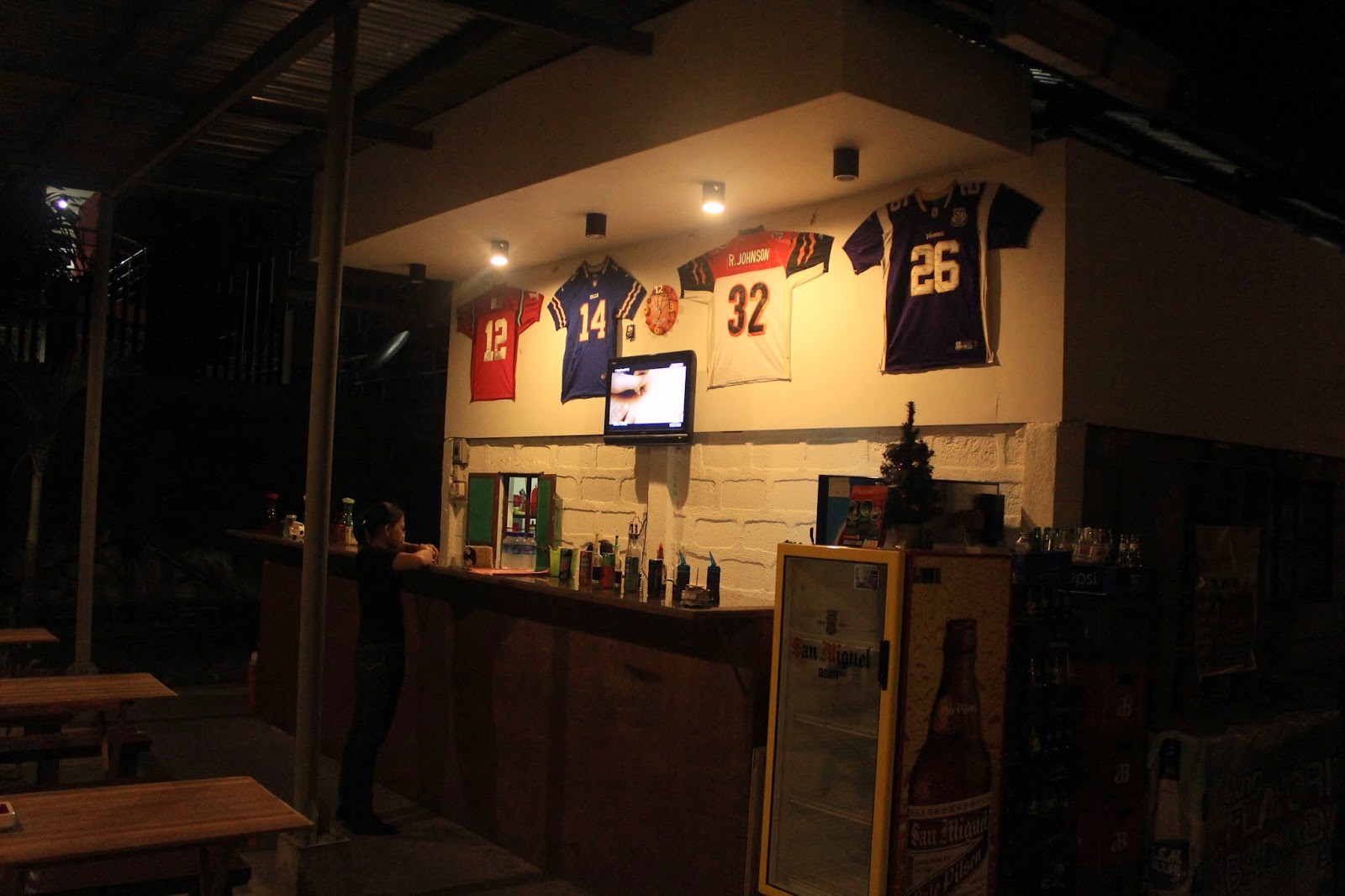 First to be served was the Sizzling Pork Chop,
made of pre-fried slab of pork chop, bathed with
tasty whitish sauce with veggies as a side dish
and served sizzling in a hot plate. It was good. 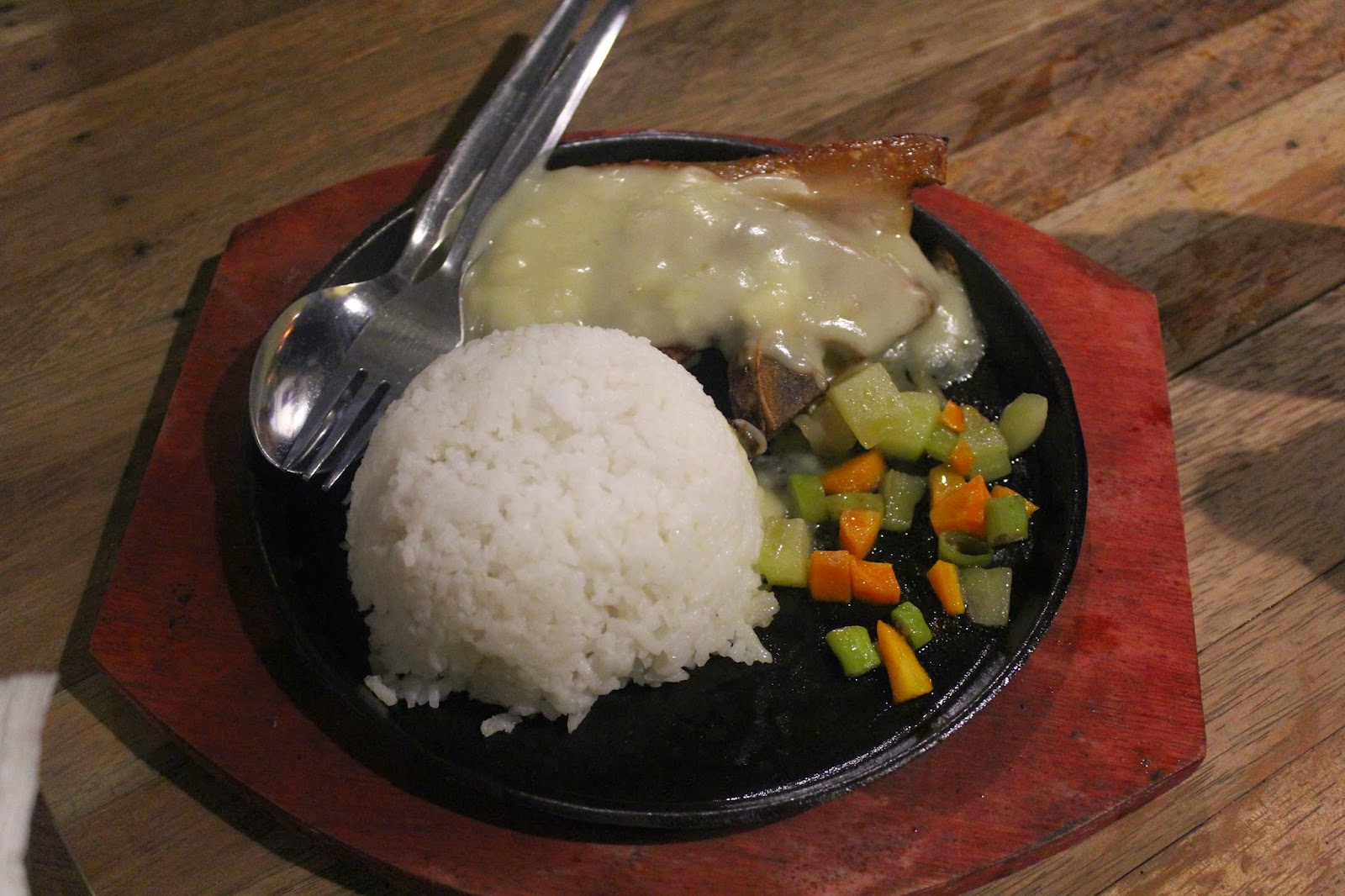 Then came the Tosilog, a Pinoy mnemonic for Tocino,
Sinangag at Itlog, a very typical Filipino breakfast  fare.
We liked the tocino as it wasn’t as sweet as other typical
Pinoy versions that are nauseatingly sickeningly sweet.
We found the egg overcooked though, as we always want
our egg yolk still a little rare when fried sunny side up. 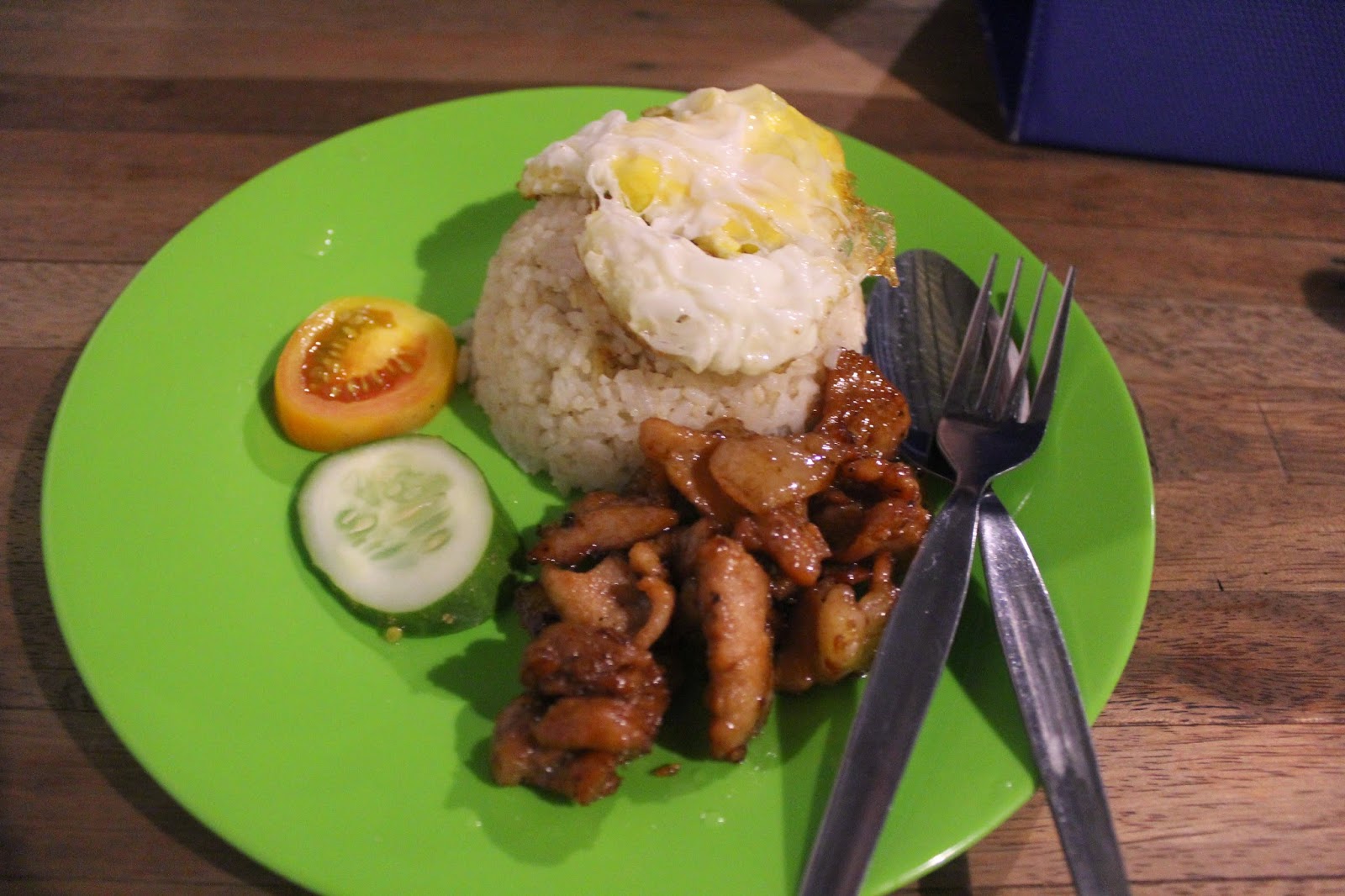 The Tapsilog, (or Tapa, Sinangag at Itlog) was delicious
and has just the right sweetish, salty and vinegary taste.
It was also served with an overcooked sunny side up fried
egg topping the delightfully garlicky fried rice or sinangag. 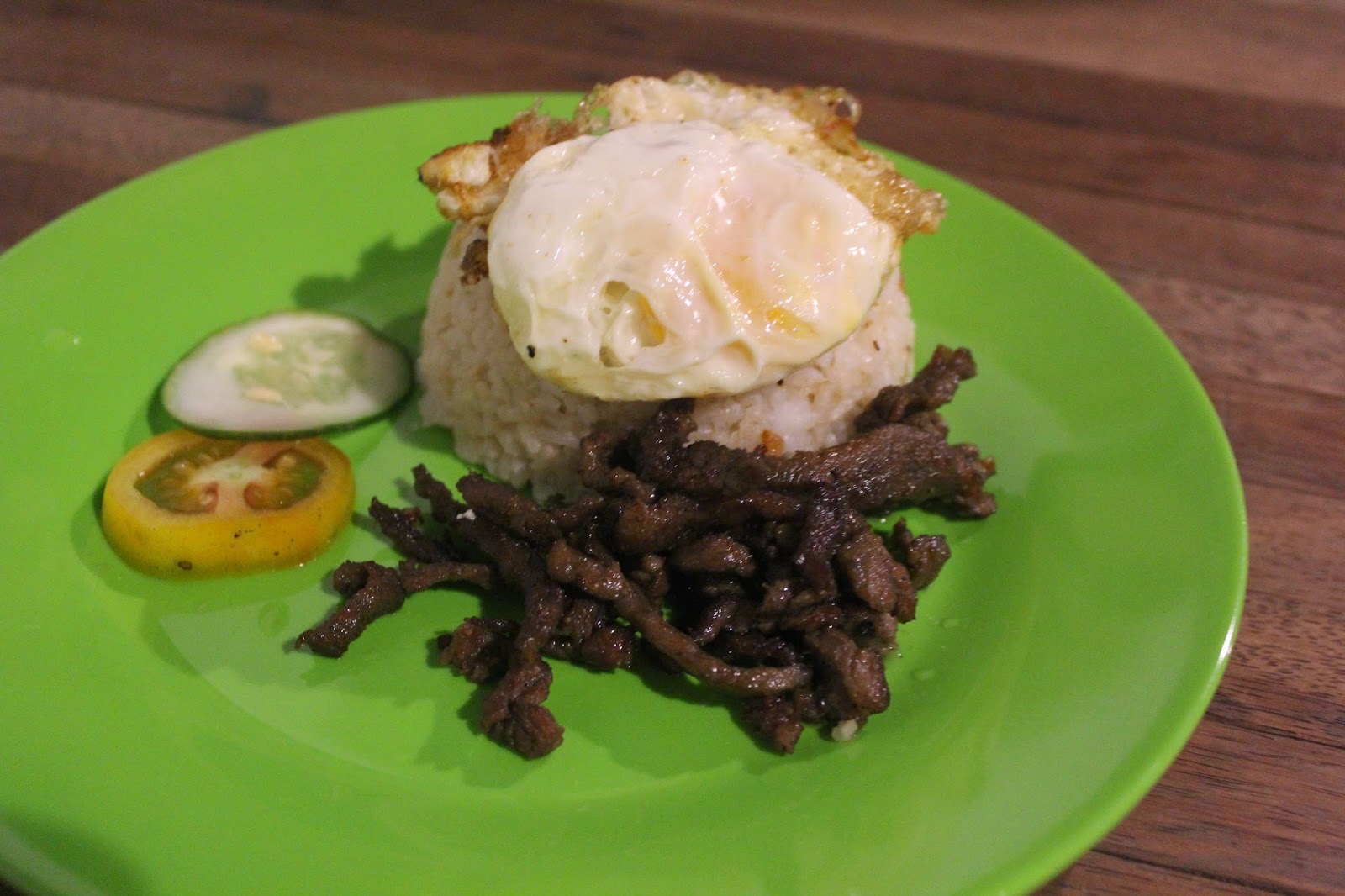 They also have Chickensilog, which was served as
a pathetic looking breaded itsy bitsy- tiny weeny
fried chicken  with garlic rice. It tasted good though. 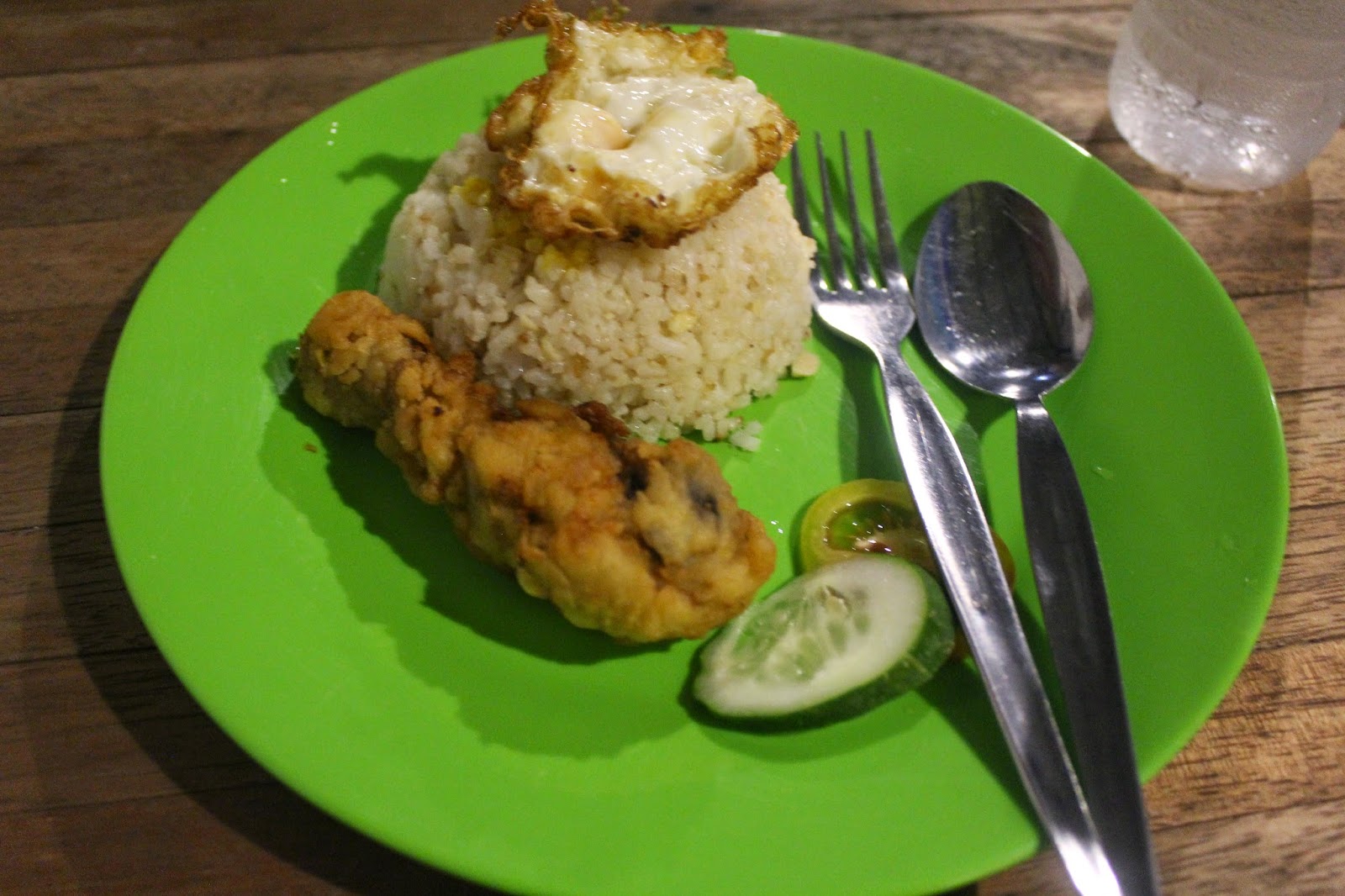 In general most of Manoy’s breakfast fares were
delicious but since they are nothing but generic
Pinoy dishes, so there was no WOW factor at all. 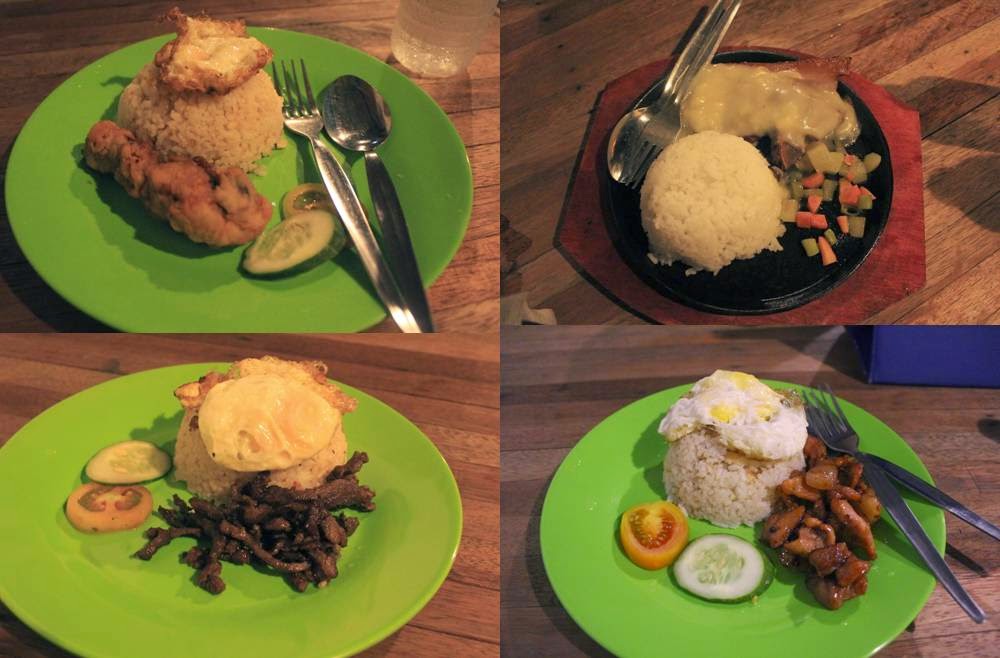 The real fun began then they served the Adobong Natural.
I used to love adobo in my younger years, but as I got older
I began to dislike it as most of the Pinoy adobos are salty,
reeking with disgusting grease and hideously briny sauce. 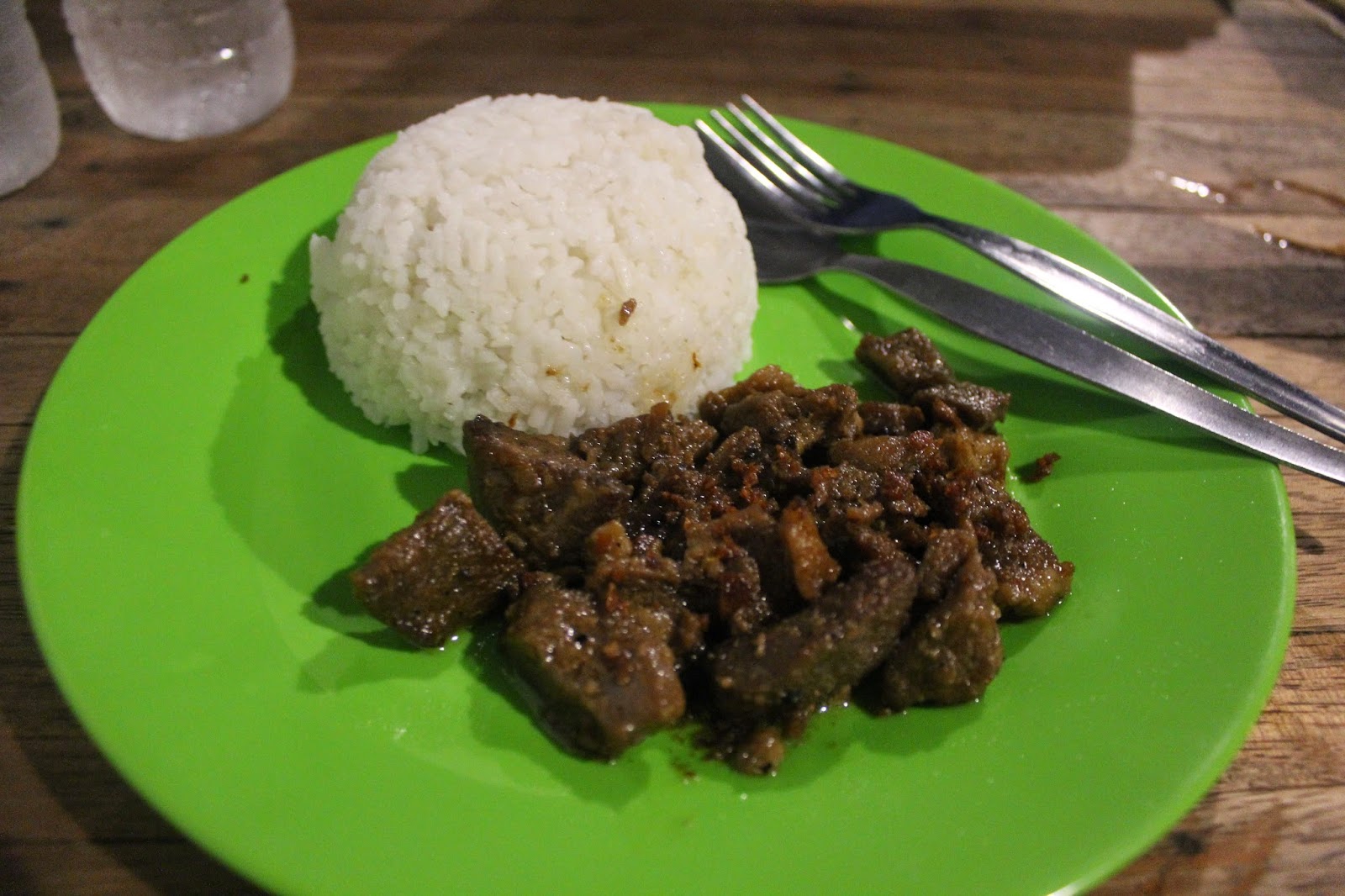 But this Manoy’s adobo is one of the best tasting adobos that I have ever tasted in
my lifetime. It is made of lean pork, had just the right amount of oil, but not greasy,
and best of all, it didn’t have those gross looking dark colored briny sauce that masks
up the real meat flavor. What you see is what you get in Manoy’s Adobong Natural.
One hundred percent tasty lean cuts of naturally tasting vinegary sweetish pork adobo
devoid of nauseatingly fatty chunks of pork and not bathing in awfully salty soy sauce. 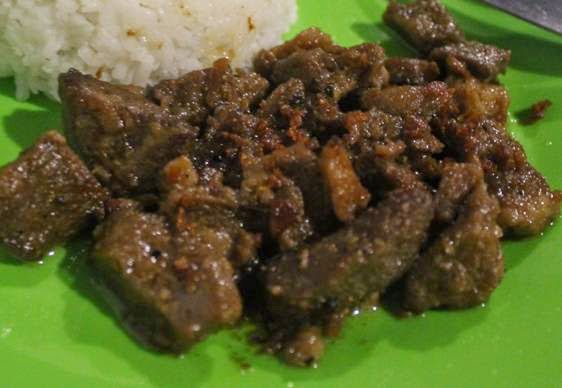 I was a little disappointed with the Onion Rings. We
ordered it as an  appetizer, but it was served  very late,
it was soggy and wasn’t perfectly coated with dough that
falls apart when touched. Otherwise it also tasted good. 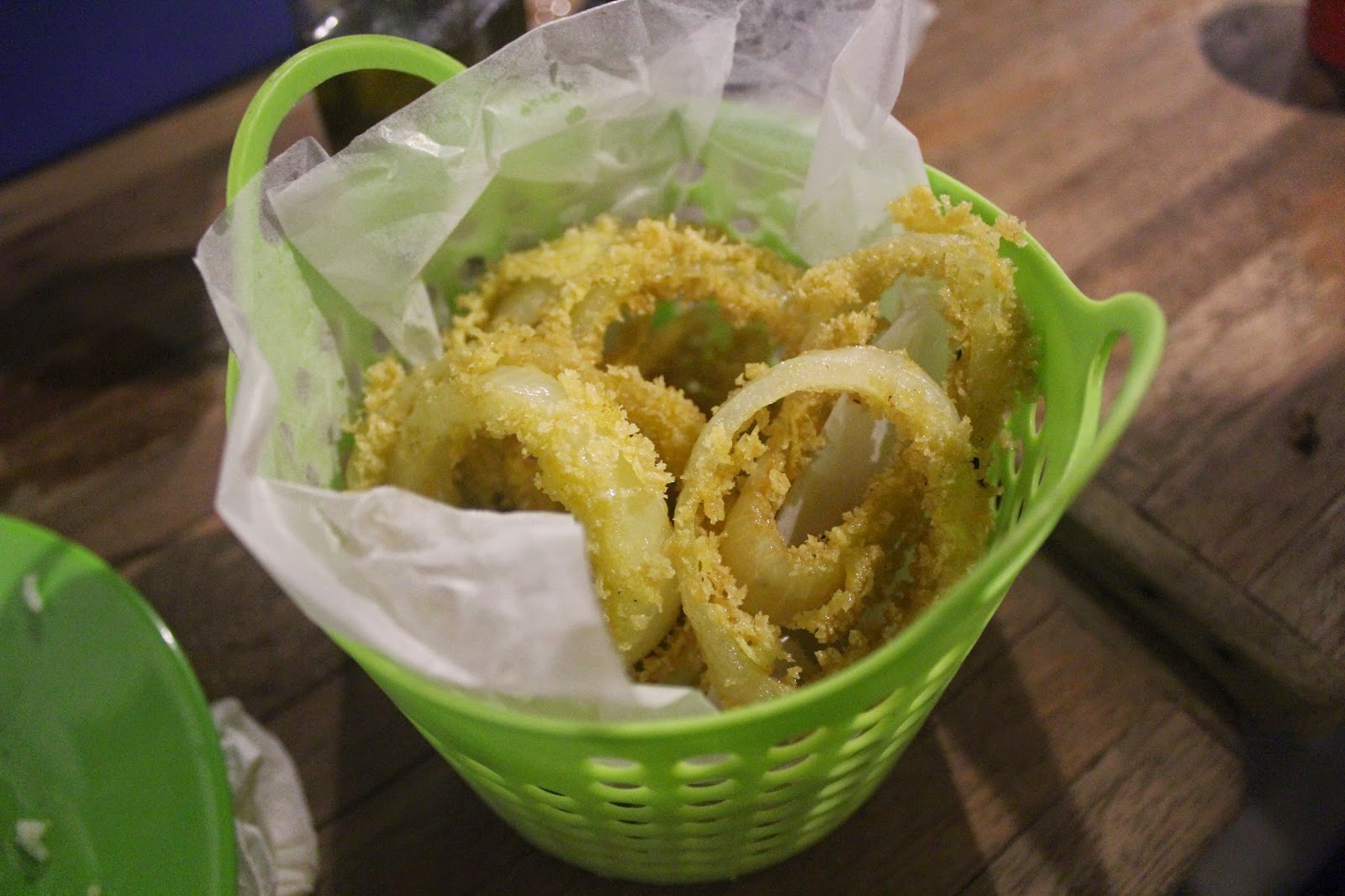 The restaurant also boasts that one would have
the best shawarma experience in Naga City and
indeed, they are not exaggerating. Manoy’s
Shwarama is so delicious that a gobbled up two
servings of the tasty and delightfully smelly dish. 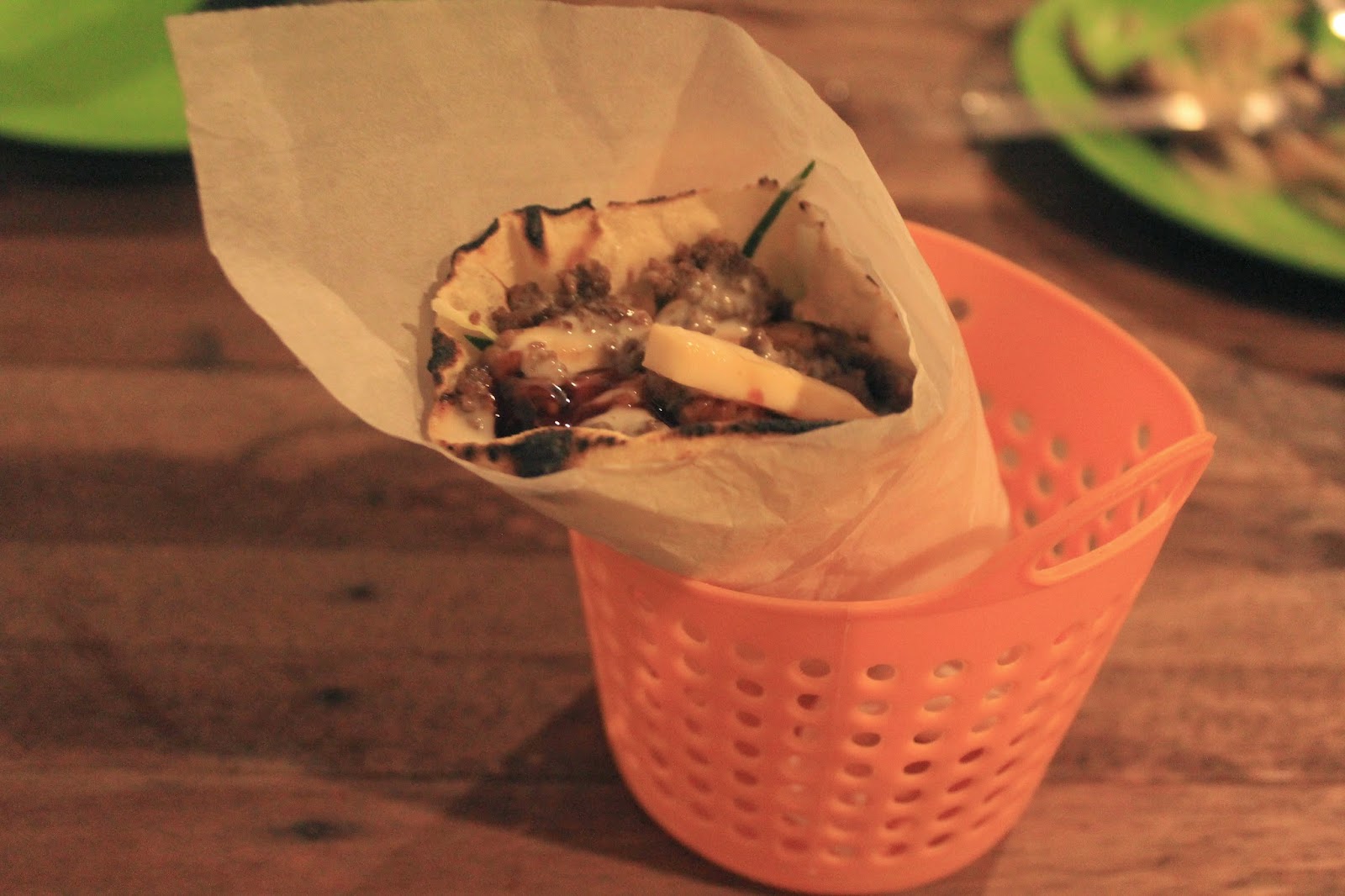 The real WOW factor in this restaurant is when they
gave us the bill that cost us only a little over 500
pesos, a real bargain in the glitzy Magsaysay Strip.

Posted by Ramon Caceres at 6:40 PM