Café Adriatico was named after the street it is located
near a small rotunda called Remedios Circle in Malate.
It served classic Spanish and Filipino dishes, and was
known for its excellent service and became very popular
with the rich and famous. It became an iconic place where
Manila’s elite, politicians, celebrities would commune. 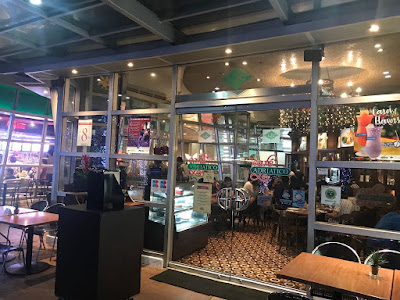 We stumbled on one of its branches in Araneta Center
and we were happy as we didn’t have to go to Calle
Adriatico in Malate just to dine in this iconic restaurant. 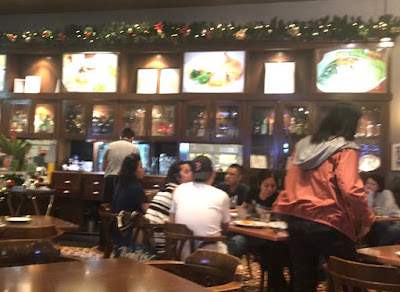 Just like the original restaurant Café Adriatico in Gateway
had a rustic ambiance. The dark wood panels and antique
fixtures and the dim lighting created a nostalgic homey feel. 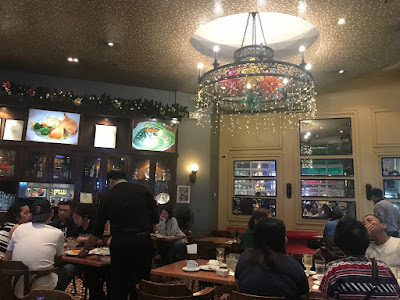 When we checked the menu and decided
to order their popular Filipino Classics. 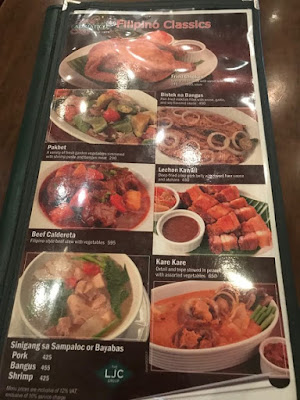 We love ‘sinigang’ and we want one with just the right
sourness without making us wrinkle our faces in acerbic
disgust. This Sinigang na Bangus was just too sour to
be edible. No one touched it like it was a lethal potion. 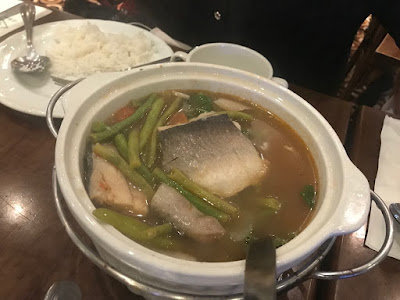 The Bistek na Bangus was a perfect topping for the fragrant
rice. A classic Pinoy favorite where the beef was replaced with
boneless bangus,cooked is soy sauce with a hint of kalamansi
and topped with white onion, it is a healthy and yet tasty dish. 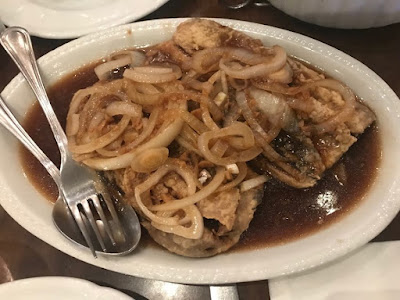 Of course, the Pakbet was very delicious. Made from
purposely overcooked mixed fresh vegetables, this
version however was soured by adding lots of tomatoes
that went well with just a hint of savory fish sauce. 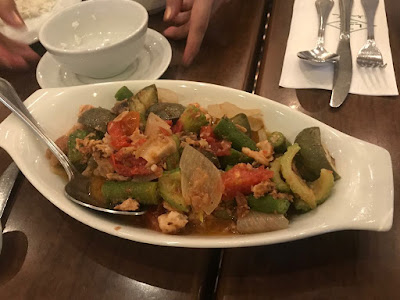 The only meat dish we ordered was the Beef Kaldereta.
The beef was stewed in a thick paste of tomato sauce
to a melt in the mouth tenderness. The added a generous
amount of veggies that included potatoes and green peas. 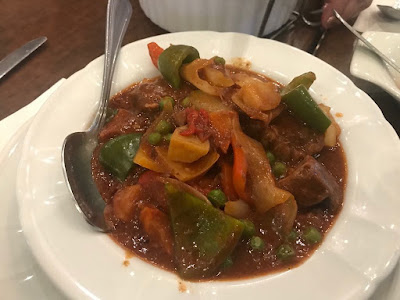 Café Adriatico, despite the almost inedible sourness
of their Sinigang, I believe could still be considered a
showcase restaurant for delicious heritage Filipino dishes.