CWC had been my family’s favorite weekend destination
as it is close home, and the kids are avid wake boarders. 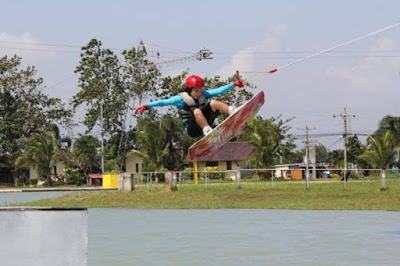 When my eldest daughter went to college, it was difficult
to pull her out from studying even on weekends, so it took
us a while to return to this awesome wakepark until now. 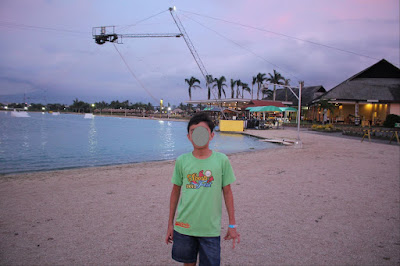 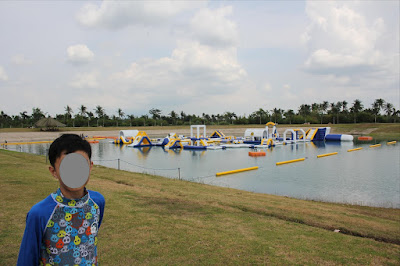 …so we booked a room where my daughter could study, 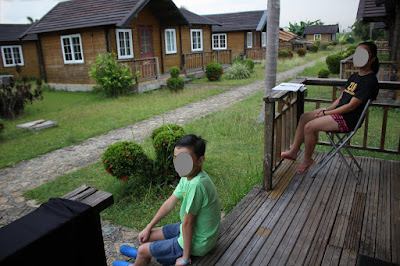 ...had a late lunch at the CWC Clubhouse, and feasted
on a wide variety of local and international dishes. 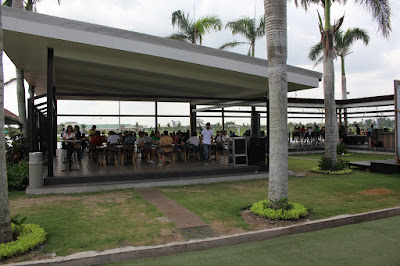 The Sinigang na Baboy was divine. The pork was
simmered to a melt in the mouth tenderness and the
tamarind broth had the precise degree of sourness,
not enough to wrinkle your face in acerbic revulsion. 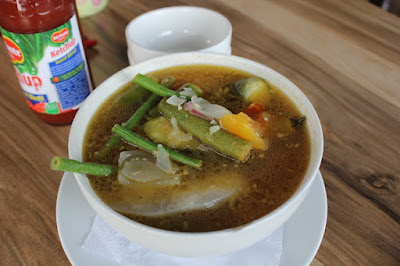 We love Sinanglay na Tilapia, a native dish that originated
from the bucolic town of Buhi, popular not just for ‘sinarpan’,
the smallest edible fish in the world, but for tilapia as well.
While the original version is done by simmering the fish in
creamy coconut milk, the CWC version was done by initially
frying the fish to crispy perfection before being  simmered.
The frying added more texture and resulted to a delightfully
chewy, less smelly and tastier version of the indigenous dish. 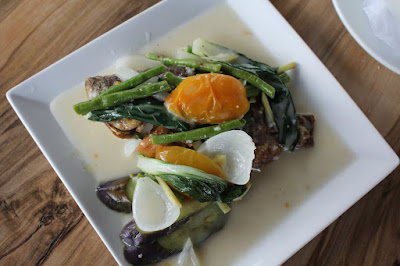 Chicken Inasal and all you can eat rice, doesn’t this sound familiar?
It’s all over the place. Just as we thought that the best chicken barbecues
are served in Bacolod based chicken fast food chains, try the CWC’s
Chicken Inasal. Marinated in lemon and annatto essence, it had a
delightful gingery-garlicky aftertaste with a hint of lemon grass. This
is probably one of the best Chicken Inasal versions in the Philippines. 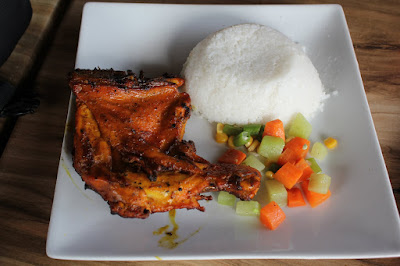 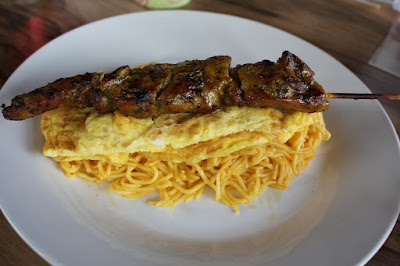 We also loved the CWC Crispy Pata
as it was lean, almost fat- free, yet
so deliciously crunch and very tasty., 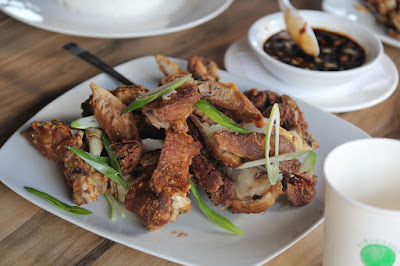 ...and so was the Chicken Sisig. 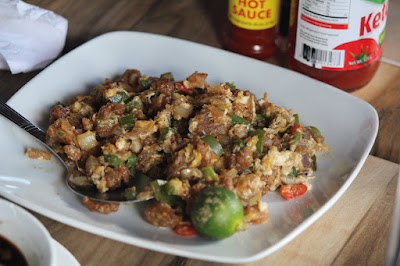 The humongous CWC House Burger is made of 200 grams
of double beef patty lying in a bed  lettuce, cheddar cheese,
white onions, tomatoes and mushrooms. It was topped by a
tasty signature onion jam adding a sweetish- piquant flavor.
This is a must try, must order dish for anyone dining in CWC. 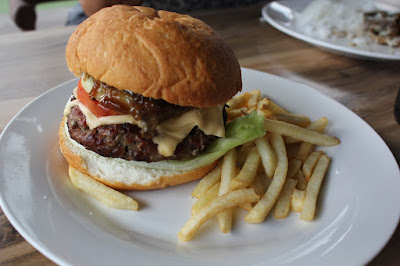 This massive feast of delicious dishes provided us with
enough energy to enjoy the new Lago del Rey aquapark.

Read the links below for realted posts: