We were tempted to dine at JPY Pinoy again
as we saw several new entrees in their menu. 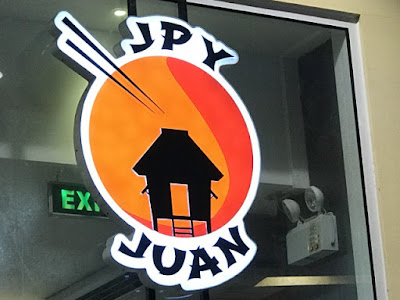 The restaurant is located at the second level of
the al fresco section  of Robinsons Place Naga,
that offers Japanese dishes with a Filipino twist. 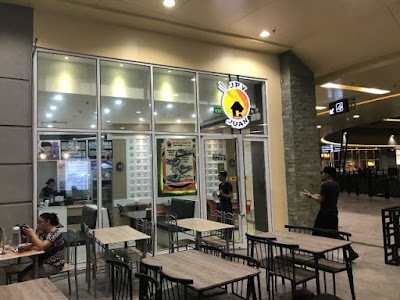 Believe it or not, they are now offering Bento Box Meals
that goes with unlimited rice popularized by Mang Inasal.
JPY however used native Filipino wooden bento instead
of the traditional plain black or red Japanese laquer bento. 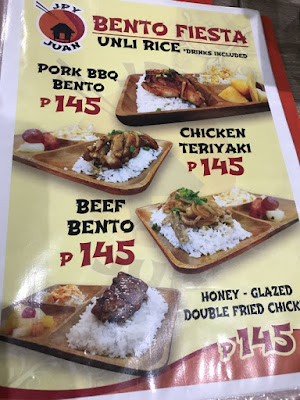 The Chicken Teriyaki Bento was delicious.
It was much sweeter the regular Japanese fare
as was fused to have touches of Pinoy inasal. 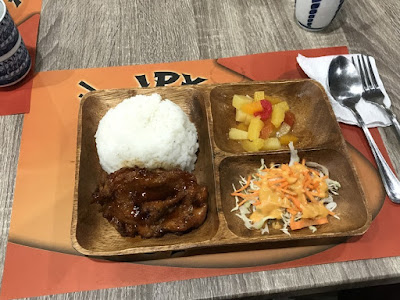 The same thing is true with the Pork BBQ Bento.
It tasted like a 100 % sweetish Pinoy Barbecue with
no hint of being a Japanese inspired dish. It was also
served on an wooden bento and with unlimited rice. 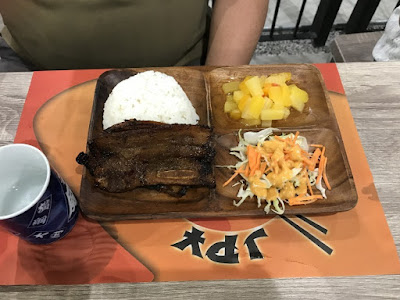 The Adobo Ramen’s adobo inspired soup was
a bit salty, and also didn’t have any hint of being
a Japanese inspired dish. It was as Pinoy as it can
be, as it tasted just like a soy sauced laced mami. 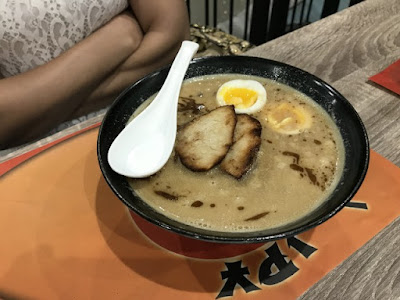 The Japanese shaved ice or Kakigōri was divine.
The snowy mound of flavored finely shaved ice
was made to appear like our very own halo- halo
but fused with different non- Pinoy toppings like
blueberries and caramel that surprisingly went
well with the two scoops of classic ube ice cream. 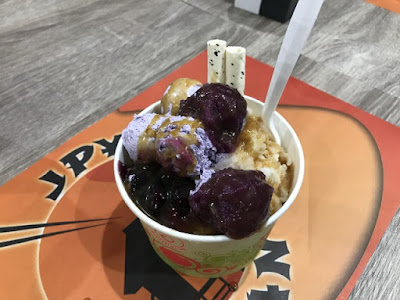 It was so good that we returned the next
day at JPY Juan to enjoy the Kakigori
on hot and very humid Sunday afternoon. 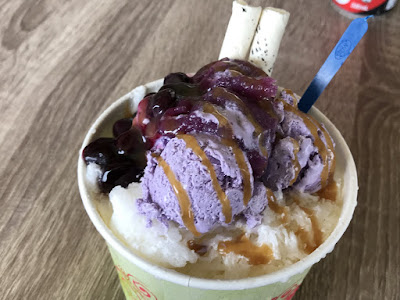 For the Kakigori- alone, 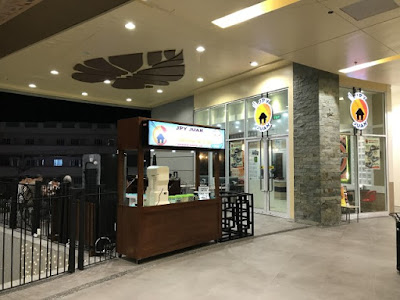 ...it is worth coming back to  JPY Juan again and again.