The prominently Hispanic and authoritative name of
Don Elmo’s Paella attracted us to dine at restaurant. 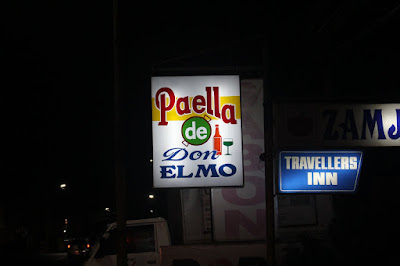 The honorific title of “Don” added to the
allure that we are in for something grand. 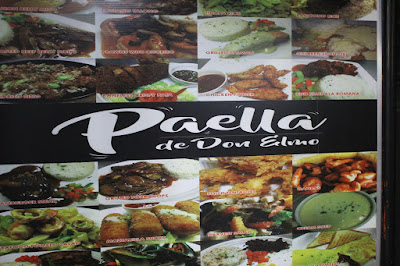 There was an all male staff and
they were attentive and friendly. 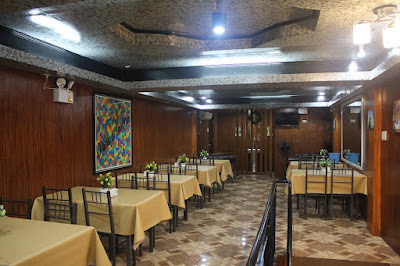 We ordered both their Clam Chowder
and Cream of Mushroom as starters,
both were salty, as expected with most
Spanish dishes but were very delicious. 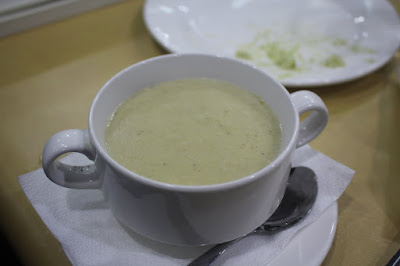 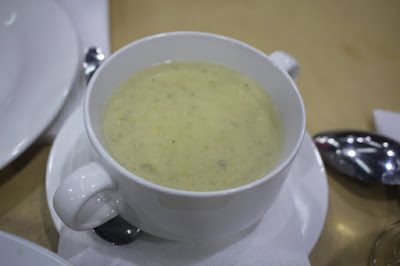 The Seafood Pomelo Salad was served as a huge mound of
lettuce, generously topped with various seafood that went well
with the tangy and citrusy pomelo. It was bathed with savory
salad dressing. A perfect appetizer for our heavy dinner. 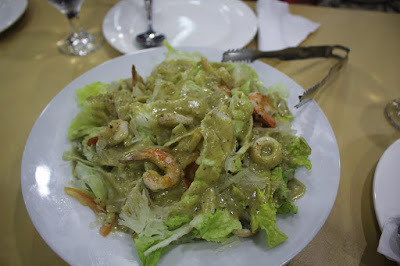 My family love eggplants so when
we saw Tortang Talong on the menu
we decided to order one. It was good. 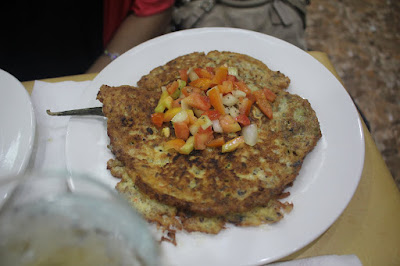 Don Elmo’s Spanish Munggo was a delicious version
of the very popular ginisa that most Pinoys have gotten used
to. It was topped with pungent chorizo that added delightful
flavor to this unique version of an all- time family favorite. 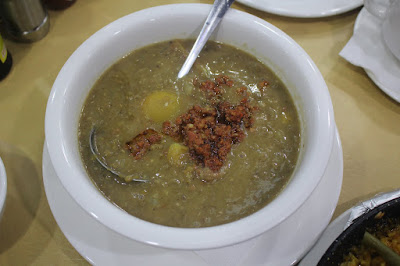 Callos is a traditional stew common across Spain, often is
referred to as Callos a la Madrileña.  Don Elmo perfected
this dish to the hilt and one of the most delicious version
I’ve tasted. The oxtripe was sinfully tender and seem to
melt in the mouth. It had generous amount of garbanzos,
topped with Chorizo and spiced with bell peppers. 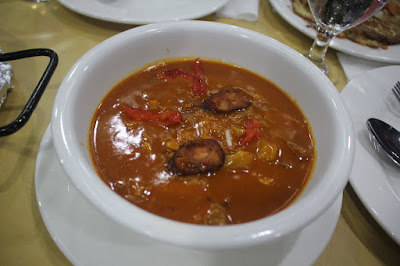 While most people view paella as Spain's national dish,
but most Spaniards consider it a regional specialty.
Valencians regard paella as their identifying symbol
so  it is but fitting to try Paella Valenciana despite
having several flavors offered in the menu. 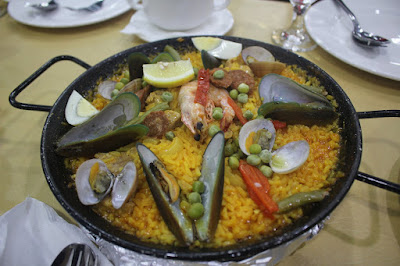 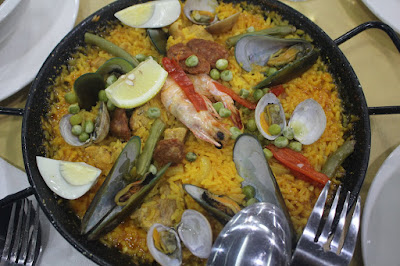 The rice, on the downside was a little soggy, but it had an
awesome layer of  the prized socarrat- the delicious crusty
caramelized paella rice at the bottom of the serving dish. 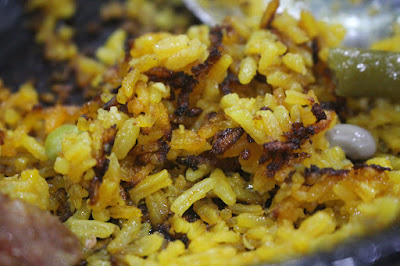 When my family was in Madrid, our hotel was just few
steps away from the iconic Chocolateria San Gines,
established in 1894 where people from all over the world
come to sample the most popular churros con chocolate.
We loved it and we still crave for it after returning to Naga 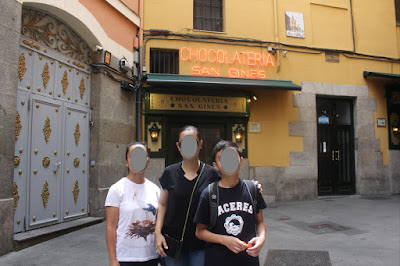 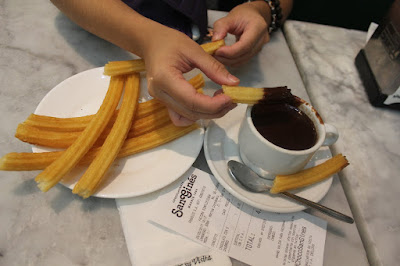 We were thankful to see Churros con Chocolate
on the menu. The churros were a bit burnt and the
chocolate was more of a dip rather than of a hot
chocolate drink. It was okay, but not crave worthy. 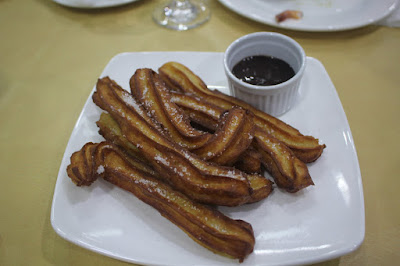 We had a very  pleasant dining
experience at Don Elmo’s Paella, 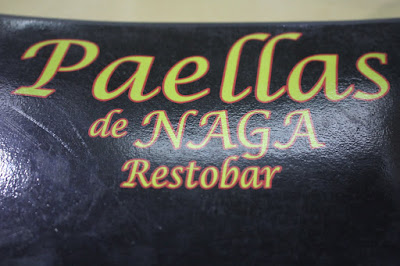 ... as the service was excellent and made us feast .
on Castilian gastronomy right in the heart of Bicol

Posted by Ramon Caceres at 6:50 PM